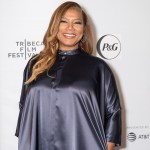 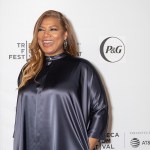 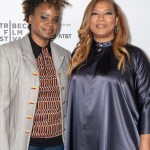 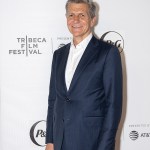 ‘Girls Trip 2?!’ Yes, please! In a roundtable interview with HollywoodLife, Queen Latifah revealed that the ladies are ready for a sequel!

Ready to take a trip? Queen Latifah teased the Girls Trip sequel on a Tribeca Film Festival roundtable, while discussing Queen Collective, her initiative to promote racial and gender equality behind the camera. “Can’t believe we’re on 2 already!” Queen laughed after HollywoodLife asked her about the upcoming film. “I will let you know when I get a script.” She continued, “Whoever’s writing it should be figuring that out but, unless we have to kick back and write it ourselves, me and Tiffany [Haddish] are threatening to write this whole thing ourselves.” We wouldn’t mind that!

On the panel, Queen was flanked by P&G Chief Brand Officer Marc Pritchard and the two Queen Collective filmmakers Haley Elizabeth Anderson and B. Monet. In partnership with Proctor & Gamble, Queen Latifah created Queen Collective to give mentorship, funding and production support to the next generation of multicultural female directors. Queen, herself, ensures that there are women behind the camera on projects she works on, especially her latest project Star. “We’ve had huge amount of female directors direct our episodes, we’ve gone from Sally Richardson to Tasha Smith as of late, it was a lot of fun to work with her, she is crazy!” she laughed. “Also, gay directors. Lee Daniels is definitely not gonna talk the talk and not walk the walk. Our show was one of the most diverse casts and crew and storylines and directors that you probably have in the business. So, we’re walking our walk over here!”

This year, Tribeca Film Festival premiered Queen Collective’s inaugural films, Ballet After Dark, directed by B. Monét and If There Is Light, directed by Haley Elizabeth Anderson. Both films are now also available to stream, exclusively on Hulu.