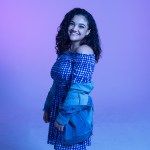 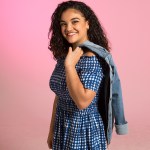 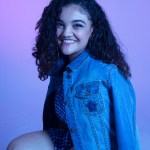 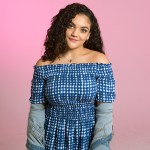 Laurie Hernandez won all of our hearts during the 2016 summer Olympics, and we can’t wait to see her return in 2020! She revealed EXCLUSIVELY to HollywoodLife what it’s been like training for her next Olympics.

Laurie Hernandez, 18, is back at her Olympic training for gymnastics! The young star EXCLUSIVELY spilled the details on how that’s going for her so far when speaking to HollywoodLife EXCLUSIVELY at WE Day. “It has definitely been tough, and I think being a little older, I see things from a different point of view,” Laurie said. She was only 16 years old at the 2016 summer Olympics when she competed in Rio as part of the United States “Final Five” team with Simone Biles, 22, Gabby Douglas, 23, Madison Kocian, 21, and Aly Raisman, 24. At those summer games, Laurie secured two gold medals and one silver medal as a gymnast.

She spoke to the changes her body has experienced since her last Olympics. “I was at the peak of my puberty [then], so to be able to take that time in gymnastics and allow my body to grow and my brain cells to grow, I now see things coming back in a whole different light… I have a whole new appreciation for gymnastics!” We asked Laurie what she thinks about the 2024 Olympics – would she compete? Laurie revealed that she will “take it one Olympics at a time, I can’t even think about the next one yet!” She laughed and added, “But maybe, we’ll see! Fingers crossed and we’ll see what [happens].”

Regardless if Laurie is competing in 2024, we can’t wait to follow her career through the years. Of course, we know we’ll be cheering her on in whatever capacity her gymnastics journey takes her next!