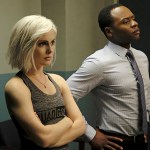 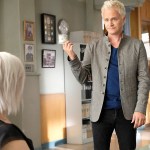 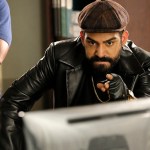 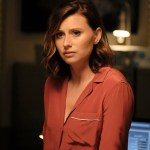 The final season of ‘iZombie’ premieres May 2 and HollywoodLife got EXCLUSIVE scoop from the one and only David Anders about Blaine’s arc in season 5, how it all ends, and more.

iZombie’s got one last final season for us and it’s going to be a wild ride. HollywoodLife spoke EXCLUSIVELY with David Anders, who plays the deliciously wicked Blaine, about what his character is up to in the final season and how he feels saying goodbye to the show after 5 seasons. “Blaine’s struck a deal with Major and Fillmore-Graves. He’s living the high life,” David told HollywoodLife EXCLUSIVELY. “He’s doing quite well and we open with Blaine at a big montage of how his life has changed, and he’s still great! Versace robes, glass houses, it’s great.”

From the very beginning, Blaine has always been morally flexible. He’s played both sides of good and bad. David teased Blaine’s journey regarding that aspect of his character: “He just goes to the highest bidder. It’s very similar to a character I played on Alias named Mr. Sark and there’s a line in there where it’s like, ‘My loyalties are flexible.’ I think Blaine’s loyalties are flexible. He wants to become part of the Scooby gang, in the mystery van, the mystery wagon, but everybody hates him over there in that group. But sometimes, Liv has to forgive and forget and begrudgingly work with Blaine to get what she wants and Blaine is happy to work with her.”

The iZombie family came is strong. They’ve all worked together for 5 seasons and are all incredibly close. “I’m going to miss a lot of them and working with them but we’re all friends and we all stay in touch still,” David continued. “Rose and I are basically neighbors, and Malcolm’s directing a music video that I got coming up. I love all of them, and it was just a five-year honeymoon that we had. There was never any fighting or hate. Nobody had any conflict for five years. That’s a rarity, so that’s a wonderful TV family to be a part of and I root for every last one of them.”

The final season will consist of 13 episodes and HL asked David whether or not fans will be satisfied with how the show ends. “I think so,” David said. “I think everything gets wrapped up into a nice, fairly tidy bow.” He also noted that iZombie will be featuring his music in an upcoming episode. iZombie season 5 airs Thursdays at 8 p.m. on The CW.