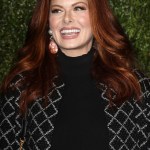 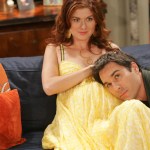 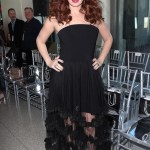 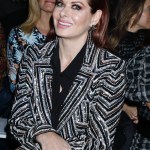 Debra Messing sparked a debate among her Instagram followers simply by posting a couple of selfies. But the ‘Will & Grace’ star was quick to defend herself after trolls picked her apart.

You’ll be surprised by the wonders that good makeup and regular facials can do to your looks. So says Debra Messing in response to some of her Instagram followers who suggested that she’s had cosmetic surgery after she posted a couple of flattering selfies on her page on April 29. The 50-year-old Will & Grace actress posted the pics with a caption thanking the Do Something organization for honoring her activism. “Thank you @dosomething for the extraordinary honor of being named one of your 2019 Empower Players,” she wrote. “I am committed to supporting all efforts by the countless activists who fight daily to make our world healthier, safer, and more equitable.”

But, while some of her fans praised her achievement, others zoned in on her looks. “New nose,” one person wrote. Not so, Debra noted. “Nope,” she responded, adding, “Genius shading by the expert makeup artist!”

Another follower was a little more bold and tactless. “Did you have a facelift?” the person asked. “NOPE! Getting tons of facials at @joannavargasnyc and using every gadget on the market!” the mom-of-one wrote. Yet another fan wrote, “You too???  Whhhyyy? Why can’t you just age gracefully – like you were?”

Thank you @dosomething for the extraordinary honor of being named one of your 2019 Empower Players. I am committed to supporting all efforts by the countless activists who fight daily to make our world healthier, safer, and more equitable. #dosomething (tap for credits.)

The comments were too much for one of Debra’s followers, TV producer Tony Maciulis. “Lovely, but a little sad this is a post about a cause and most of the comments are on your eye makeup,” he wrote. Debra completely agreed, writing “THANK YOU” in response.

Debra – who posts frequently on her Instagram page – appears to have changed little over the years. She barely looks like she’s aged since Will & Grace first hit TV screens in 1998. And she isn’t bashful about posting photos of herself without makeup. She’s just as comfortable sharing selfies of her fully made-up face as she is posting pictures of her without makeup, wearing glasses, showing her natural curls. On May 1 she did just that (minus the ringlets), sharing a photo of herself with actresses Chloe Sevigny, 44, and DeWanda Wise, 34. On that occasion one fan was especially complimentary, writing, “No make up [sic] needed…all gorgeous.”