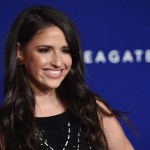 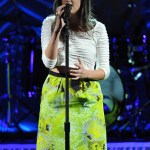 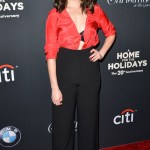 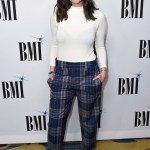 Rozzi was just 19 when she was discovered by Adam Levine, but the singer has since proven that she’s ready to go the distance with her music with or without a record label. She spoke with HL EXCLUSIVELY about her musical journey.

It’s a musician’s dream: landing a major record deal and being taken under the wing of an A-list rockstar, and it’s one that was very real for Rozzi, 27. The San Francisco-hailing singer was discovered by Maroon 5‘s Adam Levine at the ripe age of 19, but being propelled into stardom overnight wasn’t all it’s chalked up to be. Rozzi admits that as an independent artist that she’s making her most honest music yet. “I would hope people feel how honest I’m being,” she told HollywoodLife her new music in a new interview. “I’m sharing my life. And I hope they can hear the strength in that. It was always kind of hard for me sometimes that I wanted frame things a certain way, or come across a certain way, or control how people would perceive me. And one of the best things I learned from making this album was how empowering it is to say what you’re thinking, and what you feel, and for you to be honest.” The singer released her debut album, Bad Together, in November of 2018.

The singer revealed that while she’s still basking in the success of Bad Together, she has even more music on the way. “It’s still very big to finally have something out in the world that I really feel that represents me and I think resembles who I am. That came out in November, and honestly I actually I almost have a whole other album written,” the singer tells HollywoodLife.

She continues, “It’s not all recorded, but I have basically another album written that I’m really, really excited about. And I’ve been trying to finish other songs, and then now I’ve been starting this whole tour. I’m going on tour later this year!” Plus, Rozzi is set to open for rockers O.A.R. this summer at Red Rocks. “I have never played Red Rocks and I’m really, really excited. I’ve wanted to play there forever.” With a slew of shows opening up for Betty Who throughout the month of may, Rozzi is one busy lady in the months ahead!

When speaking on what other artists she’d love to link up with in the future, Rozzi admits Chris Stapleton tops the list. I mean, Chris Stapleton, I always feel like that’s one of my favorite voices. I want to sing with him so badly. I actually think we’re not that far from each other’s sound obviously, he’s a big country star but I like country music and he’s so soulful. I feel like we cross. I tell a lot of stories in my songs,” the singer says.

Rozzi has yet another very exciting project on her place, and she can’t wait to share it with the world! “I’m doing a podcast with one of my best friends!” she says. His name is Scott Hoying. He’s in Pentatonix. We’re literally having the time of our lives.We recorded a bunch of episodes…we haven’t finished yet. So, we’re going to wait for the season and then we’re going to start releasing them later this year is the plan.” We are so ready for this! Until then, be sure to keep an eye on Rozzi’s social media pages for all that new music she’s been busy working on!