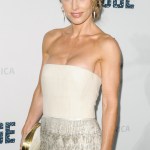 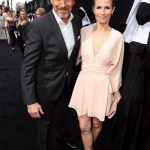 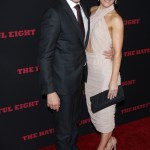 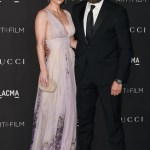 One day after actor Demian Bichir announced that his wife Stefanie Sherk had died, her passing has been ruled a suicide after she drowned herself in the family’s pool.

Eight days after stunning Canadian model Stefanie Sherk was found weighted down at the bottom of her family home’s pool on April 12, she sadly passed away. Now the LA County Medical Examiner’s office has ruled her death a suicide. The cause was anoxic encephalopathy, where her brain tissue lost function as a result of being deprived of oxygen in a report obtained by HolllywoodLife.com on April 25. Asphyxia and drowning were also listed as contributing causes of Stefanie’s death. Official records indicate that the Canadian beauty was 43, though she’d been reported as 37. Her husband, actor Demian Bichir, 55, confirmed the sad news of her passing in an Apr. 24 Instagram post.

The Blast had reported on April 12 that her famous husband, who starred in Weeds, The Bridge and the upcoming Grand Hotel, had just returned from grocery shopping and found his wife at the bottom of the family’s pool where she had intentionally weighted her body down. The site obtained audio from the dispatch of paramedics being sent to her home for a possible drowning. She was resuscitated and rushed to a local hospital.

On April 24, Demian took to Instagram with the sad news that Stefanie was gone. Next to a photo of his beautiful wife he wrote, “Dear friends, On behalf of the Sherk and the Bichir Nájera families, it is with inconceivable pain that I announce that on April 20, 2019, our dearest Stefanie Sherk, my beloved and loving wife, passed away peacefully. It has been the saddest and toughest time of our lives and we don’t know how much time it will take for us to overcome this pain. Stefanie’s beautiful, angelical and talented presence will be immensely missed. We will hold Stefanie in our hearts forever.”

“We thank everybody beforehand for their prayers and we respectfully ask for your understanding so we may grieve in peace and privacy in these incredibly difficult times. It is our sincerest hope that our beautiful Stefanie, my angel and love of my life, will rest in eternal peace,” he concluded the post.