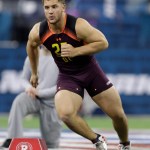 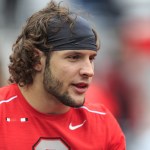 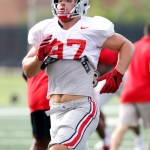 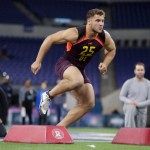 Nick Bosa is ready for the big stage! Ahead of the 2019 NFL draft, the former Ohio State University defensive end took HollywoodLife inside his preparation, both mentally and physically, for the ‘biggest’ night of his life.

Nick Bosa‘s life is about to change forever. The 21-year-old Ohio State defensive end is widely considered the top prospect in the 2019 NFL Draft, which takes place in Nashville, TN on April 25. — Tonight, he will sit in a room with his peers and wait for his name to be called by a team, which will determine his new home. “I’ve been getting ready my whole life for this,” Bosa told HollywoodLife during an exclusive interview ahead of the draft. And, he’s not lying. Bosa’s wanted to play in the pros since the young age of seven. Not to mention, he comes from a family of ball players. His brother, Joey Bosa plays for the Los Angeles Chargers and was the third overall pick in the 2016 NFL Draft. His father, John Bosa, was a 1987 NFL Draft first-round pick from Boston College by the Miami Dolphins.

Bosa took us inside his mind to discuss how he’s prepared for “stressful situations”, even after sustaining a groin injury early on in his  junior collegiate season. He revealed how he’s maintained his dominating strength despite undergoing surgery due to his injury, which resulted in him withdrawing from school in November to focus on his rehabilitation. Bosa also has a playful side, which includes his dapper sense of style. He gave us a glimpse at his custom suit — in partnership with JCPenney and COLLECTION by Michael Strahan. — which he will wear to the NFL Draft, airing live, April 25 on NFL Network, ESPN and ABC at 8 PM ET. Read our full interview with Nick Bosa, below.

What are some valuable things you’ll take away from your experience at Ohio State as you enter the draft?

My coach and teammates have taught me so much from how to improve my game on the field to preparing for stressful situations. They’re a huge influence on my life, which is why I want to carry them with me on draft night.

You come from a family of athletes. Has that helped with your transition from college to the big stage?

I do! My dad, uncle, and brother have taught me so much about this game.

Can you describe the moment you knew you were going to declare?

I knew I wanted to play in the NFL since I was a little boy. Of course I turned my family, coaches and teammates for support and advice.

What will you bring to the table for your future team?

I have size, strength, speed, a good work ethic and pure love for the game. I can’t wait to be called to my NFL home and be part of the team.

Describe what kind of teammate you are?

My teammates become my family. You never want to let down your family, and I’ll hold myself accountable and will always strive to improve.

What is the key to staying in the best shape, for you personally?

I’ve been playing football all my life and love to work out — Hit the weight room, keep my cardio up, etc.

How have you prepared mentally/physically for the NFL?

My family has been my best support system and it especially helps to have family members who’ve been in the NFL. I’ve been keeping up training routine so I can join rookie camp in top shape. 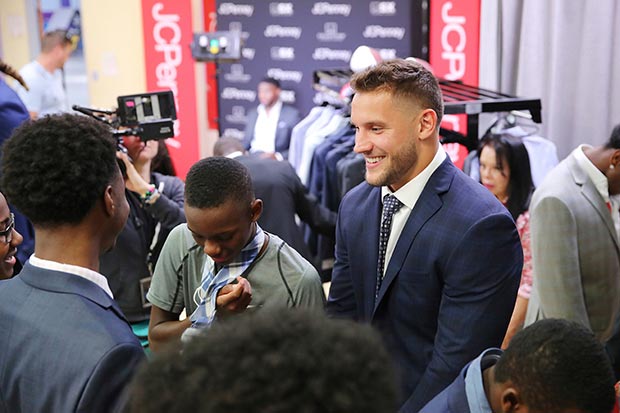 Can you describe your draft-day suit by JCPenney?

I’m so excited to partner with JCPenney to bring my own style to the NFL Draft with a customized COLLECTION by Michael Strahan suit. I worked to design and personalize the suit jacket liner. It features mascot Brutus Buckeye to pay homage to my alma mater.

Describe your personal style and how this suit is tailored to what you like?

I’m drawn to classic, timeless style and fit. You’ll definitely see that when I sport my custom COLLECTION by Michael Strahan suit on the most important night of my life. This suit is extra special to me because I was able to carry over an important piece of my life – my college football career – in a simple yet fun design that I’ll be sure to show off when I’m called to that stage. I’m wearing COLLECTION by Michael Strahan shoes, too.

What’s your routine when it comes to getting ready for a big event like the NFL draft?

I’ve been getting ready for this night all my life! When you look good, you feel good and luckily I have my draft night look on lock down thanks to JCPenney.