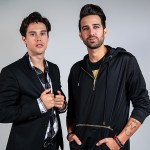 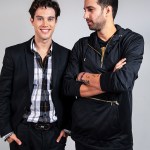 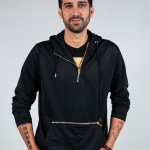 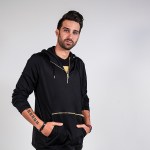 ‘Mexican Dynasties’ has captivated us all. Bravo’s latest hit stars brothers Elan and Adan Allende, who gave us an update on their exciting music endeavors and more in our exclusive interview.

The world has fallen in love with Mexican Dynasties. The Bravo reality series focuses on three family dynasties – the Allendes, the Bessudos, and the Madrazos. HollywoodLife spoke EXCLUSIVELY with brothers Elan and Adan Allende about being a part of Mexican Dynasties and what’s next for them on their musical journeys. “We’re doing what we love and we have a platform to really influence the world in a positive way with our art and our culture that we’re showing in a new light,” Adan told HollywoodLife. “Mexico’s a hot place to be. We’ve got authentic cuisine, phenomenal museums, and I think it’s a great opportunity to show the world our culture.”

The show has been following both Elan and Adan’s music endeavors. Elan and wife Jenny Allende just released their first single “Al Derecho Y Al Reves” as part of their duo group Shambayah. “We have another one coming out within the next month or two,” Elan said. “Right after that, we’re doing another one and we’re doing an album. We’re just having a really good time.” HollywoodLife also asked Elan what he loves most about working with his wife. “I find the best part of it is that my weaknesses are her strengths and vice versa. That’s not easy to come by. We really complement each other on this journey.”

As for Adan, he just recorded his first single — “Don’t Let Me Go” — in both English and Spanish. “On the show, you’ll see the journey through the studio with Ricky Martin’s producer. It’s quite a joyride and it’s an exciting experience for me as an artist to develop,” Adan revealed. “We are going to go to Italy to record the Italian version. I’ve always dreamed of having an international approach and just the fact that I can expand the horizons to Europe is just so exhilarating.” Adan recently filmed the music video for the single, which he calls a cross between “Your Body Is A Wonderland” and “Sign of the Times.”