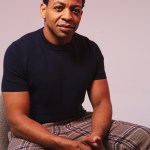 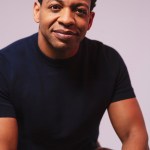 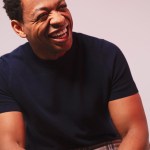 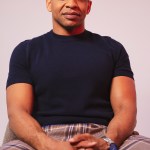 Derrick Baskin takes on the role of Otis Williams in the critically-acclaimed Broadway musical, ‘Ain’t Too Proud.’

Ain’t Too Proud was deemed a New York Times Critic’s Pick and has been met with rave reviews by not only media, but also the audience, with some fans going as far as throwing their underwear on stage. Apparently, just like the original Temptations, the ladies love the five Broadway stars — Derrick Baskin, Jawan M. Jackson, Jeremy Pope, James Harkness, and Ephraim Sykes! Derrick Baskin, who beautifully brings to the stage Otis Williams, revealed in an EXCLUSIVE interview with HollywoodLife how it feels to portray the last living original Temptation, and the vulnerability he finds to be able to perform the role 8 times a week.

HollywoodLife: So, tell me about your portrayal of Otis Williams in Ain’t Too Proud!

Derrick Baskin: Otis Williams is the last surviving member of what we’ll affectionately call the Classic Five Temps. He’s also the leader of the group and is the guy that formed the group. He’s the guy that is the glue for the Temptations. There’s three or four lead singers, so everyone has these big personalities, and you need someone to reign all that in. To guide all those personalities, and that’s what Otis’s job is in the group and also in the show.

HL: Did you know anything about the history of The Temptations before taking on this role?

DB: Yes, this is my parents’ music, it’s my grandfather’s music, so I grew up hearing these stories. Not in the detail that we’re actually telling, but knew the broad strokes of it. I didn’t know anything about, for instance, Otis’s son, I didn’t know about his first wife Josephine, so those personal details. It was really enlightening learning about these guys who are icons. Our job in the show is to humanize them, so, to find these small details that we don’t know as fans. It’s interesting to allow these guys to be relatable to every day people, because they really are, honestly. They’re just doing extraordinary work.

HL:  Is there any moment that you love doing for the audience, that you see the audience reaction and you’re like, ‘I come out here every night for this?’

DB: Well, there’s two that I really love, and they’re very opposite actions that we do on stage. The first one is Act Two. We’re doing ‘Can’t Get Next To You.’ It’s one of the most energetic pieces that we’re doing — there’s lights going on everywhere, the stage is rotating full 360 degrees, and it follows a very deep and quiet moment. So, this one is the complete opposite of that, where you’re shot out of a cannon. To see the people just be like, “What’s going on?” I love hitting them with that. So, to be able to do that particular number every night is really cool, everyone is hooting and hollering — it’s one of the times that the audience is that vocal.

Then, the other part is toward the end of the show. I have this moment where it’s just me on stage by myself, and it’s a very quiet moment, it’s a very heartbreaking moment for my character, and you can literally hear a pin drop. You can feel the audience with me. I can feel them with me. I can feel their sadness, their empathy for that particular character, but that moment for an artist… you ask for that kind of moment because those kind of moments are this far and few between, especially in musicals. Musicals tend to be very flashy, a lot of movement, a lot of dancing and singing. To have that moment of stillness that the audience can actually invest in, they’re far and few between and I just really love that part of the show.

HL: Do you feel a certain obligation not only to your character, because he’s alive, but also to the original Temptations who are no longer with us?

DB: I think you have to if you want to tell a story with a reverent feel to it — and I think that’s what we’re trying to do — what they have done, how they have contributed to the music scene in this country, how they have contributed to the culture of this country, it’s so important that I have to not only take into account my portrayal of Otis Williams, I have to take into account all of the other guys because they’re all interwoven within each other. They’re brothers, and we have a line in our show that says, “The whole is greater than the sum of its parts,” and so if I look at this show as a solo show, then I’ve done The Temptations a disservice because they don’t see themselves as that. They are a unit. So, I have to integrate myself in the unit with these four guys that are portraying these men.

HL: How much has Otis Williams guided the show, as the last living original Temp?

DB: He’s guided me completely. I read his autobiography and there’s also a TV movie done in the ’90s, that was pretty good. I did that, but I threw all of that away when I met him. There’s no greater source than the man himself. We call him Uncle O! He has our numbers, he calls me all the time, makes sure that I’m taking care of myself. He’s still performing with the Temptations, and so he’ll just automatically go into a story, and be like ‘Back in the day…’ There’s just no greater wealth of knowledge.

HL: You are literally friends with Otis Williams.

DB: These kind of opportunities as an actor, you know when you get opportunities like this you just have to store them away so that God willing I have a long career. I can look back and say, “Wow, this was a really cool moment of my life. A really cool chapter.” 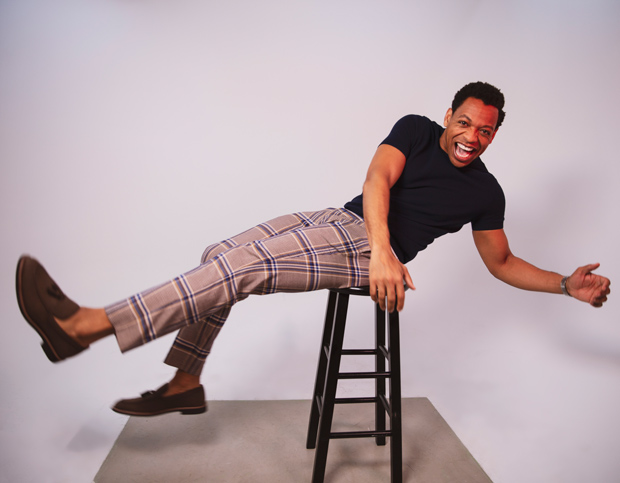 HL: You were actually going to pass on this role and this show. Why?

DB: You know, I was just over musicals. I had a bit of ‘good fortune’ — I had three shows that were back to back, and each show was at least two years. I had about nine to 10 years, and again, I don’t take that lightly. So, I was a bit burned out and I wasn’t being challenged in this particular genre of acting. I was a bit jaded, and I just lost my love for what I was doing. I was starting to get traction in film and television, and that became my new something to challenge me. But my agent was like, “This one is different.” The role itself is in musical theater, but it’s an acting role. He said, “You’ve never been seen in this light. You’ve never carried a show. He has a bajillion monologues, and he’s actually speaking to the audience so the fourth wall in our show is broken. Also, it’s a musical but it feels like a play.” Our playwright Dominique Morisseau — this is her first musical, so she’s not tied down by this is the formula of how a ‘successful musical’ happens. Thankfully for us, we get to reap that benefit. This show, it’s not like any other show that I’ve been a part of. It challenges me on every level that I have. I’ve never been stretched artistically, emotionally or physically like I’m being stretched in this particular show.

HL: In what ways exactly are you being stretched? How so?

DB: Otis Williams is telling this story and he’s telling the good, but also the darker sides of the lives of The Temptations. He’s being very vulnerable, and for me to tell this story truthfully, I have to be vulnerable. I think that’s a key component to being an actor, is to learn vulnerability, to stay in the moment, to not judge the moment, and to not try to put on a performance. I don’t want to put on a performance. I want to go along this journey with you. In order for me to do that, I have to open myself up to being vulnerable. I think it’s made me a better actor, but it’s also made me a better man.

DB: The time period that we’re telling — we start in the late ’50s and we go into the ’60s, and then the current times. The primary time period of our show is pretty much the ’60s and the ’70s and the music reflected the time of the ’60s and ’70s. There was a lot of racial and civil unrest, and it’s interesting how there’s civil unrest here in our current situation. We talk about immigration, we talk about just the racial inequalities, inequalities within pay with men and women, and how we have to fight back. The music we’re hearing today is also reflecting that. So, to hear music that reflected their times but is also indicative and also reflective of our times, it makes it very relevant and it also tells us that we still have a ways to go in striving for equality.

HL: What was the most challenging part of getting into Otis’ mindset and playing this role?

DB: For me, a huge challenge is that Otis has to tell this story every day. He has to recount the story of these very dear people, these brothers, who came into his life, that mean a lot to him — he has to talk about them entering his life and also leaving his life. That was a huge challenge. It’s very emotional. I think about my brothers, who are my best friends, and thank God they’re still with me and we’re still along this journey. I think, ‘what if they were to leave my life?’ That’s heartbreaking. It was, for me, very challenging to get through the show because at the top of the show, Otis knows the end. He knows that these guys are going to have to leave him, and I have to open myself up to that grief that he feels. It’s like losing a part of your heart, a part of your soul, because in the show they’re a part of my heartbeat. That’s what I say. To lose a heartbeat and to lose four heartbeats, five heartbeats, that’s heavy. I’ve never had to really experience that, so that was a huge challenge for me. He does it quite well. Just the way he can make you sing, dance, laugh, and cry.