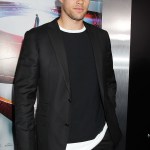 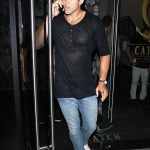 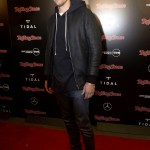 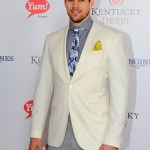 Kris Humphries is a total gentleman! The NBA star was spotted treating model Khloe Terae to a romantic day at the spa, and an eyewitness tells us exclusively that they were looking awfully cozy together.

Two weeks after opening up about his marriage to Kim Kardashian, Kris Humphries is focusing on a new woman in his life. The former NBA star, 34, was spotted getting a manicure and pedicure with Maxim model Khloe Terae in Los Angeles, and they looked super “comfortable,” an eyewitness tells HollywoodLife EXCLUSIVELY. The April 10th date began around 6:30pm when they headed to Butter Nails on Sunset Blvd. “[Kris and Khloe] both walked in together and asked for mani and pedis,” the eyewitness said. “They had to wait for about ten minutes and they were both very patient and polite about it. I didn’t recognize the girl he was with, but I recognized Kris right away. He’s really good looking and super tall. And she was really pretty and all glammed up. She was looking on fleek!”

While the seemed totally into each other, alas, there was no PDA. “They weren’t holding hands because the chairs are kind of far apart, and the girls were working in between them. But they were talking the whole time to each other and were really cute together — very cozy. They seemed comfortable together,” our source dished. Kris was totally “chivalrous,” too. He paid the entire $180 bill for both of their mani-pedis, and left a very good tip for the women at the salon. What a gentleman! It’s unclear if Kris and Khloe are in a relationship, or just having a date. But either way, it looked like they were having a blast!

Khloe, however, does look a lot like the mystery blonde Kris was spotted having lunch with in December 2018 at Republique in Los Angeles. Khloe is an in-demand Canadian model who has posed for Maxim, Playboy, Sports Illustrated, and FHM. In fact, she was once Playboy‘s Cyber Girl of the Year, and their Playmate of the Year. She’s been on Playboy‘s cover 15 times and holds 14 Playmate titles, according to her site! She walked for Balmain at Paris Fashion Week, and as a style influencer, she’s worked with brands like Fashion Nova, Pretty Little Thing, Want My Look, YMI Jeans, Livify, and 138 Water. After her brother, James Terae, was diagnosed 16 years ago, she became an advocate for autism awareness.