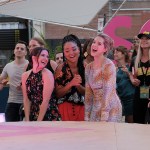 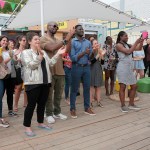 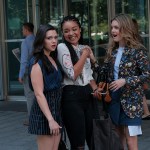 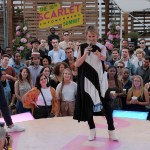 Your favorite trio is back. ‘The Bold Type’ is returning for season 3 on April 9 and HL got EXCLUSIVE scoop from Katie Stevens, Aisha Dee, and Meghann Fahy about what’s to come for our favorite ‘Scarlet’ girls.

The long wait is over. After 8 months, The Bold Type is back for season 3. Jane, Kat, and Sutton have had to make some crucial life decisions, and the third season will explore the impact of their choices. HollywoodLife spoke EXCLUSIVELY with Katie Stevens, Aisha Dee, and Meghann Fahy about what’s going down in season 3. First up, Sutton and Richard have gone public with their relationship. “I think that Richard is probably a little bit more surprised by what follows than Sutton is,” Meghann told HL at the Television Critics Association winter press tour. “I think she spent a little more time kind of thinking about the consequences of that than he did.”

While Sutton and Richard are solid, Kat and Adena are not. Aisha explained how Kat and Adena’s relationship will move forward in season 3 after their devastating breakup. “I think in season 3 you’re going to get to see them kind of go back and dissect really why that happened and what it really meant,” Aisha said. “You’re definitely going to see them again. I don’t know in what capacity or where it’s going to lead or anything like that but you’ll see them together again.” As for Jane, she has made a decision between Ben and Pinstripe. “She’s happy and that was all that mattered to me,” Katie teased.

Aisha also noted that “there’s going to be some changes in the workplace for sure.” She added that season 3 “gets a little deeper into who the girls are” and we’ll find out “what makes them tick.”

We’ve heard all three of the girls sing on the show, and they’re all totally down for a musical episode in the future. “We’ve been talking about it,” Meghann said. Katie added, “We have some idea we’re just going to push.” The Bold Type airs Tuesdays at 8 p.m. on Freeform.