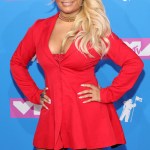 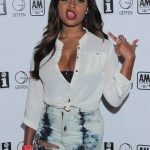 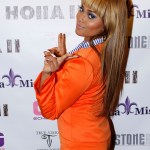 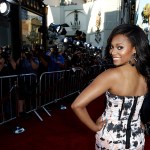 Teairra Marí was NOT afraid to come for 50 Cent in her April 7 diss track, but it was by no means the start of her music career. Here’s what you should know about the woman in the midst of a heated feud with 50.

Singer-songwriter and reality star Teairra Marí, 31, dropped a scathing diss track against 50 Cent on April 7, and the hard-hitting song has everyone talking. The “Candy Shop” rapper has frequently chided the star for not paying him the $30,000 settlement a judge ordered her to pay him over a revenge porn suit she filed last May, but Teairra has no shame. The lyrics to her diss got real, and centered upon the fact that she doesn’t have 30k to dish out to the rapper.  The song, aptly titled “I Ain’t Got It,” was a cheeky hit back at the rapper, and even jokingly asked him to hop on a verse. For those who aren’t familiar with Teairra, here’s what you should know about the singer who dissed 50 in the new song.

1. You may have seen her on Love & Hip Hop: New York. She started out in a supporting role of the VH1 reality show, but by 2014, had landed herself a main role in the show’s Hollywood spinoff.

2. She has some heavy-hitting collaborations under her belt. Nicki Minaj? Gucci Mane? Kanye West? Teairra has worked with all of them.

3. When did her beef with 50 first start? Teairra sued both 50 Cent and her ex, Akbar Abdul-Ahad for allegedly posting ‘an obscene photo’ and a sex tape of her online. Things spiraled when 50 mocked her on social media after the fact and insinuated violence against her when he wrote “get the strap” under a series of posts.

4. She did NOT hold back in the lyrics of her diss track. “They try to break me down I tell them, ‘I ain’t stoppin’ / I gave my life on TV screens about you watchin’” she says. Later on, she sings in the refrain, “Oh you think you gettin’ I ain’t got it” before adding, “Now I ain’t got it oh boy I’m popping / Am taking off like a rocket for thirty thousand / That’s what you loan / Y’all some lame ass ni**as I’m a Detroit b*tch.”

5. She’s got musical roots. Teairra’s grandmother was a backup singer for Aretha Franklin! It’s no wonder that the singer instantly impressed the big wigs at Def Jam upon first meeting them. At the age of 16, Jay Z signed her to the label, and LA Reid has also gushed about her abilities.