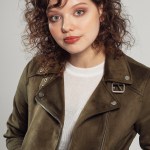 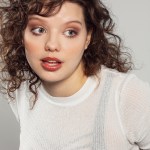 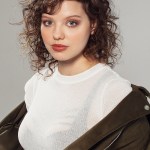 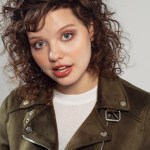 We waited for two years for ‘The OA’ to return to Netflix, and now that it’s back, we’re already craving Part III! Chloë Levine, who plays Angie, talks about her character’s developing love story.

We begged, and Brit Marling and Zal Batmanglij absolutely delivered. The second season of The OA returned to Netflix on March 22nd to rave reviews, and we got to see more of our favorite characters develop this season — like Chloë Levine‘s Angie. In season one, Angie was introduced as a student who was deeply moved by Prairie’s group of followers, which includes her new boyfriend, Steve Winchell (Patrick Gibson). In season two, she plays a much more substantial role, as she joins Steve, Buck, Jesse and French on a road trip to track down their teacher, Betty (Phyllis Smith), a.k.a. BBA, and find OA/Prairie. “I think that Angie wasn’t really expecting to like Steve as much as she ended up liking him, and so that, to me, was a point of vulnerability that was new to her,” Chloë revealed in an EXCLUSIVE interview with HollywoodLife.com. “Then, she finds herself on this road trip with her boyfriend, who she loves, and they have this sort of weird mission that she doesn’t totally understand, but she saw the stuff in the cafeteria, and she loves Steve, so she’s there with him.”

Chloë described Angie’s persona in season one as “tough” and “not easy to break into.” “It was really lovely to just introduce this love interest, and then, it’s weird because she legit falls in love and then just goes with him, and it’s pretty awesome!” she added. Revisiting the character of Angie almost two years later, Chloë, who is a New York native, admitted she listened to a lot of Riot grrrl and re-watched season one. “It was really easy to get back into her,” Chloë said. “With Angie, there are so many ways I relate to her. It’s not super difficult to just go right back in.”

Chloë compared her teenage years to Angie’s, saying they both were “angry teens,” but Angie actually put her anger into action. “Playing Angie was really cathartic for me because I was really shy in high school and I was a weirdo, but not to the point where I would act on it like Angie does, so it was really fun, like in season one, to just throw a tantrum sort of in the middle of class and storm off!” she laughed. “That’s one of the reasons why I like acting. I love it because it’s like you get to sort of explore these parts of yourself that you normally wouldn’t!”