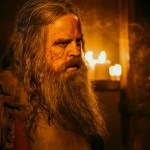 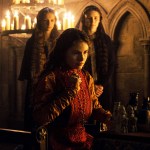 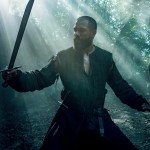 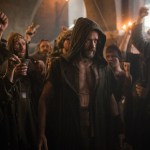 ‘Knightfall’ is back for season 2. HL spoke EXCLUSIVELY with Genevieve Gaunt, who plays Princess Isabella. Genevieve talks about this ‘bloodthirsty’ period of history that Isabella was wrapped up in.

Knightfall season 2 premieres March 25 at 10 p.m. on HISTORY. Genevieve Gaunt will be making her Knightfall debut as Princess Isabella alongside Star Wars icon Mark Hamill in the second season. Princess Isabella, the daughter of King Philip, becomes known as the She-Wolf of France because of her ferocious attitude. “When we kick off season 2, it’s a very exciting, very dangerous, because my mother has just been murdered. I’ve lost my only ally in my mother,” Genevieve told HollywoodLife. “My father is forcing me to marry a man I don’t even know and don’t even love. My position at court, which is the one thing I thought I had, is being used up by the return of my brother. So, as a woman in a very male, very dangerous world, she’s gotten into a very vulnerable position.”

However, this “bloodthirsty” period involving the Knights Templar becomes the perfect place for Isabella to thrive. “It’s very much an eat-or-be-eaten period, and she’s drawn to this violence. It’s also a way to survive. It’s a man’s world, and she really rises to the occasion,” Genevieve continues. “And in history, as we show quite truthfully, she was an extraordinary woman. She’s one of the canniest political operators we’ve ever had. She’s one of the most interesting parts that I’ve played because she’s so ultra-feminine and ultra-masculine at the same time. She’s got such a lust for life, for all the sensual things in life.” She also noted that Isabella may not be out fighting on the battlefield, but the world within the palace walls is “as treacherous and as violent, and as we will discover in season 2, Isabella is very much the driving force of that Machiavellian intrigue.”

Genevieve also teased that season 2 will peel “back the layers of the Templars, and we really see them as not as perfect knights, but men. Men with flaws and struggles, and hopes and dreams. That human element makes the stakes even higher.” The series also stars Tom Cullen as Landry, Ed Stoppard as King Philip IV of France, Pádraic Delaney as Gawain, Simon Merrells as Tancrede, Julian Ovenden as William DeNogaret, and Jim Carter as Pope Boniface VIII.