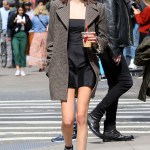 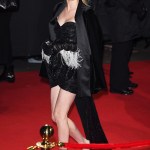 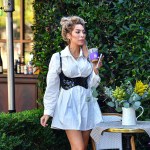 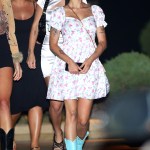 After a season of blustery winds and frigid temperatures, it’s time to say ‘thank u, next’ to winter and welcome spring! The first day of the new season is right around the corner, so here’s all the info about when it starts.

It’s almost time to ditch those heavy coats for lighter jackets…sorta. While winter isn’t going without a fight – just ask the 70 million Americans in the Midwest recently affected by the bomb cyclone – there is a light at the end of the blistery, frigid tunnel. The first day of spring 2019 for those in the Northern Hemisphere is Wednesday, March 20. Now, while it may be a few more weeks before we can pack away the scarves, insulated snow boots and extra blankets, at least spring will be here, right?

The vernal equinox happens at 5:58 PM ET. Technically, the first day of spring starts in the evening. On March 20, both the Northern and Southern hemispheres will experience an equal amount of daylight, according to Vox. For those below the equator, this marks the start of autumn. Since equinox literally means “equal night,” the idea is that most places on earth will experience approximately 12 hours of sunlight and 12 hours of nighttime. Some places might get a few more minutes of sunlight (Fairbanks, Alaska will get 12 hours 15 minutes of daylight, h/t Vox) but who’s really counting?

There’s a difference between an equinox and a solstice. Twice a year, the equinox happens in the spring (around March 19-21) and in the autumn (around Sept. 21-24). These days mark the first days of those respective seasons in their respective hemispheres but don’t get it twisted. They’re not solstices. The word “solstice” refers to the moment when the sun is standing at its northernmost or southernmost point, according to Fortune, aka during winter and summer. So, equinoxes are for kicking off spring and autumn, while solstices are for celebrating peak summer and winter.

What’s this about balancing an egg? There’s some folklore that says you can balance an uncooked egg on its end during the vernal equinox. “The theory goes that at this time of year the moon and earth are in exactly the right alignment, the celestial bodies generating the perfect balance of forces needed to make it possible,” according to the South China Morning Post (h/t Vox) but as Snopes points out, this is a myth. Sunlight doesn’t affect the spin of the earth, and as Snopes put it, “this same feat can be achieved every other day of the year as well.”

Wait, there’s also a super moon? The 2019 vernal equinox will reportedly include the third and final “supermoon” of the year. The moon’s rotation will bring it 14,000 miles closer to earth, and it’ll look 14% bigger and 30% brighter than usual, according to USA Today. It’ll still be 224,173 miles away from Earth so don’t panic. Just enjoy it, because according to Fortune, the last time the full moon and spring equinox occurred on the same day was March 20, 1981.