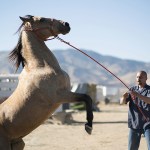 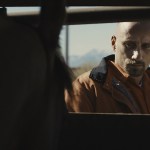 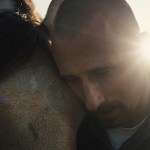 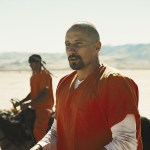 Does a man who battered his wife into a catatonic state deserve a chance at redemption? Does a murderer? Those are the questions that ‘The Mustang’s director, Laure de Clermont-Tonnerre, wants her viewers to ponder in her haunting new drama.

Roman Coleman is a man of very few words, who has seemingly given up on life, after years in and out of solitary confinement in prison. He’s an intimidating muscular tattooed hulk of a guy. Exactly what many would imagine a dangerous hardcore criminal would look like. But director Laure de Clermont-Tonnerre sets out in a measured quiet way in her new drama film, The Mustang (opening today March 15), to illustrate that even a seemingly irredeemable convict like Roman is not a “lost cause.” As the film progresses and Roman is assigned to the prison’s unique program of “gentling” wild horses, he begins to grow, evolve and open up to his own feelings and to others.

“I wanted to ask an audience through this film… do I give a second chance? Like do you believe in this, do you support a second chance? Do you have empathy for this man?,” Laure told HollywoodLife in an EXCLUSIVE interview.

Her film is set in the “Northern Nevada Correctional Center” in the southwest United States, a prison, which has a wild horse training program. Prisoners are taught how to “gentle” wild mustangs, which have been rounded up and brought to the prisons to be trained by convicts and then sold to border patrol or police departments across the country. There are approximately 72,000 wild horses living mostly in the American West and every year the Bureau of Land Management rounds up a certain number, with the goal of preventing over population of wild herds. Over the years, thousands have been taken to prisons in the southwest where longterm prisoners in wild horse programs, are trained in how to “gentle” them — in other words, how to tame them.

Roman, played by Matthias Schoenaerts, 41, finds himself in one of these programs after telling one of the prison’s psychologists, played by Connie Britton, 52, that he’d like to be outside. Resistant at first to the idea of working with horses, and terrified of the big beasts, Roman does not seem likely to be successful in the program. But as the days go on and he observes the pleasure and pride that the other inmates are taking in training their charges, he begins to open up to bonding with his horse.

The prison’s veteran horse trainer, Myles (Bruce Dern), is tough on Roman, but also patient, and Coleman and his wild mustang find that they need each other. For Roman, who hasn’t been touched gently or with anything resembling affection, since he entered prison years ago, being nuzzled by his horse is a revelation. Director Laure tells HollywoodLife how she became obsessed with the horse “therapy” programs, after reading an article about them. “I got very intrigued and passionate about animal therapy and this odd pairing between men and animals and the impact of this connection. So I really invested myself and immersed myself into hearing and listening to stories,” de Clermont-Tonnerre explained.

Her research led her to two prisons: the Northern Nevada Correctional Center and San Quentin State Prison in California. The Nevada Correctional Center has one of the largest wild horse training programs in the U.S., but it was at San Quentin that she was able to interview prisoners who had been convicted of angry, violent crimes. She wanted to talk to prisoners like this, to give her insight into creating Roman’s character — a man who in a violent outburst of temper had battered his wife, almost to the point of death.

“I remember one interview with this man who had killed his wife, and was crying and told me all about his tragic journey.” She explained that there was a lot of abuse, abandonment and lack of love in his past. He made a huge mistake and then ended up in prison. “He was like, ‘No one liked me. Everyone was treating me like a monster, so I acted like a monster,” de Clermont-Tonnerre relates. It was only after years of therapy in prison that he finally opened himself up and realized he was capable of love and empathy. “He was like, ‘But I wish I had known that. I didn’t know that I was a good person, that I was able to be a good person,'” he told her.

Laure realized that “by talking to those men in prison, that I really wanted to give them a second chance.” And that’s why as Laure unfolds her story in The Mustang, the viewer gradually watches Roman’s tough, silent exterior begin to crack. Visits from his pregnant 16-year-old daughter Martha (Gideon Adlon) became more painful as he allows himself to feel and love her. Empathy for fellow inmates, and love for his mustang, who he names Marquis, all blossom. And, it’s clear that his initially frustrating work with Marquis allowed him to have these breakthroughs.

Laure de Clermont-Tonnerre actually hired three of the inmates that she had met during her research period, to work on the film, after they were released. Thomas Smittle, a Native American, plays Tom, one of the other prisoners in the wild horse training program. Today, he teaches horsemanship and is an advocate for wild horses, and would like to continue to act. Tom is a real-life example of exactly the type of convict whose journey, the director wanted to portray in The Mustang. “These men were worth a second chance.”

Find out where The Mustang is playing by going to FocusFeaturesFilms.com.