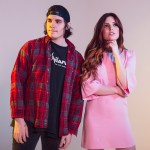 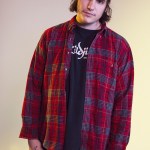 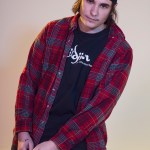 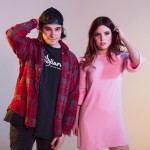 Audien has been slaying stages across the country with his epic DJ set, and he’s got another original to add to his set list. With his latest, the hit-maker teamed up with pop rockers Echosmith & they told HL all about the ‘personal’ track.

Grammy Award-nominated DJ and producer Audien has already laid down tracks with the likes of Lady Antebellum, MAX, and ARTY, but he’s growing his collaboration roster by one more. The musician teamed up with Echosmith for his latest, “Favorite Sound,”and the eclectic track is the perfect representation of Audien’s AKA Nate Rathbun’s infectious beats, and Echosmith’s flawless vocals.

Together, the two create cross-genre heaven with their joint track, and Echosmith’s vocalist Sydney Sierota told us all about the backstory behind the song’s meaningful lyrics. Plus, Nate shared one of his favorite tour memories and well, it includes Nick Jonas. Iconic? We think so.

How did you guys link up in the first place? You are both from very different genres.

Audien: Yeah, I mean, I only write in one genre so we kind of get stuff from other genres of music. I like to dig into other stuff that I’m not used to because bringing other genres into dance music always creates this unique sort of blend. I really vibed with a lot of the demos I heard and this one was amazing.

Did you guys know each other at all beforehand?

Sydney: I mean not besides like on the phone. It was all digital. So, we went by via email and then some phone calls and it was pretty easy. I mean, there was even that much to say about the song, for us it was like ‘we love how it sounds.’

What message were you trying to convey in the lyrics?

Sydney: It came from a really personal place for me. It’s about you know, dealing with your thoughts and all the things that go on in there and how sometimes it can just feel so overwhelming.

Is there going to be a video by any chance?

Sydney: It’s already shot we’re just doing final edits right now. It’s very close and it’s really, really fun and not what you’d expect which is kind of fun. You kind of see it in a new world and a new version of me too, like I have a lot of fun outfit changes and wig changes and stuff. I love how it turned out.

Nate, you’ve had quite the journey. Is there a standout moment to you so far that is just like ‘wow I can’t believe that happened’?

Nate: Yeah, I’ll always remember those milestones. The song with Lady Antebellum was a big moment for me.

Is there anyone else that is next on your list to play with?

Nate: That’s a good question. Something with Dua Lipa, that’d be fun.

Sydney,  your Instagram bio right now says, “we got lots coming for you.” Can you elaborate on that for fans?

Sydney: We are just in the studio pretty much everyday trying to do these final tweaks on our new album. But, we’re also actively working on an album after that as well, so that its ready to go because we took a really long time on our sophomore album. You know, so I’m really excited cause its basically done – the sophomore album and the third won’t take too long after that!

Nate, you just dropped a Calvin Harris remix that fans are loving. Is there a remix you’ve made that got you a really cool response from the original artist?

Nate: Yeah, so, I did a remix for Nick Jonas. He actually loved it. And I saw him in Vegas because I was playing XS at the time for my residency and he was there one night  and I got to like play the song and bring him on stage and it was lot’s of fun.

Do you guys have any other goals this year or resolutions you set for yourself in 2019?

Audien: I think my resolution would just be to finish my album.

Sydney: I guess mine would technically be the same. And, I don’t know, I want to be more conscious about how I spend my time. I literally just discovered this whole time limit thing on your phone that you can set for different apps.