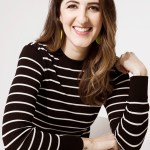 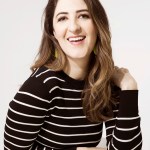 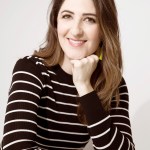 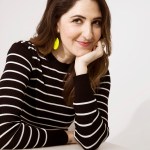 ‘The Good Place’ always delivers the laughs, but D’Arcy Carden opened up about the one cast member that is so funny, she sometimes breaks character!

D’Arcy Carden‘s Janet in The Good Place always provides comedic relief with her robotic reactions and inability to comprehend human social cues. However, D’Arcy revealed to HollywoodLife.com that her co-stars are constantly cracking jokes or delivering their lines in a way that makes them all break character, but there’s one person, in particular, that she struggles to keep a straight face with! “Will [who plays Chidi] and I have a hard time with each other. We can make each other laugh by doing nothing, so we try not to look at each other very much. We’ve learned to look at the person’s ear or forehead instead,” she admitted to HollywoodLife in an exclusive interview while promoting her new collaboration with Straight Talk Wireless.

“There’s one scene in particular that I have noticed, which is in the episode that he comes in with acupuncture needles and, I don’t even know if you can tell because it’s kind of the back of my head, but I’m very clearly not looking at him,” D’Arcy continued. “I’m clearly looking two feet to the right of him because he was overdoing it trying to make us laugh and we kept ruining the takes. There’s only so long those needles could stay in his face, so we were trying to get through it and I was like, ‘I’m just not gonna look at you.'” While D’Arcy may break character and giggle when doing a scene with Will, she revealed that the legend Ted Danson actually breaks most! “He’s kinda giggly!” she said, but added “He also can keep such a straight face!”

With her collaboration with Straight Talk Wireless, D’Arcy discussed how she is effectively maintaining her New Year’s resolutions — yeah, remember those? Well, she reminded us that they don’t have to be too hard to keep! “We wanted to help people figure out how to have attainable, affordable, not overly ambitious resolutions that they can actually keep up and not have that post New Year’s resolution shame!” she explained. “I have two this year. One is drink eight glasses of water a day, and the other is to FaceTime with my family once a week. We’re all on our smartphones 24 hours a day anyway, so, we might as well be using them to make us feel better instead of having all this shame around them!” You can check out D’Arcy’s “Resolution Reaper” videos on Straight Talk Wireless’ Facebook to learn more!