Brie Larson, 29, arguably had her best red carpet fashion moment at the LA premiere of Captain Marvel on March 4! The actress, who is the first female superhero in the Marvel Universe, lit up red carpet in a custom, sparkling gold gown by Rodarte. The dress featured beige tulle with white and silver embroidered stars throughout. Larson topped off her outfit with glittery Jimmy Choo heels.

The film’s leading lady wore her mid-length blonde hair down with a side-part. Her light locks were straight for the most part, and flipped out at the bottom. She kept the sparkly theme going, as her dainty, silver earrings, by Sydney Evan, bounced off the light of the paparazzi cameras. Larson opted for minimal makeup and a perfectly applied spray tan, which gave her just enough of a glow against the black and red backdrop on the carpet. — See her full look below!

Larson’s gold dress was a drastic change compared to her electric blue ensemble she wore to the London premiere of the film. The actress dazzled in a Haute Couture gown and cape with gold lining. The custom creation was personally designed for her by Valentino Creative Director, Pierpaolo Piccioli. 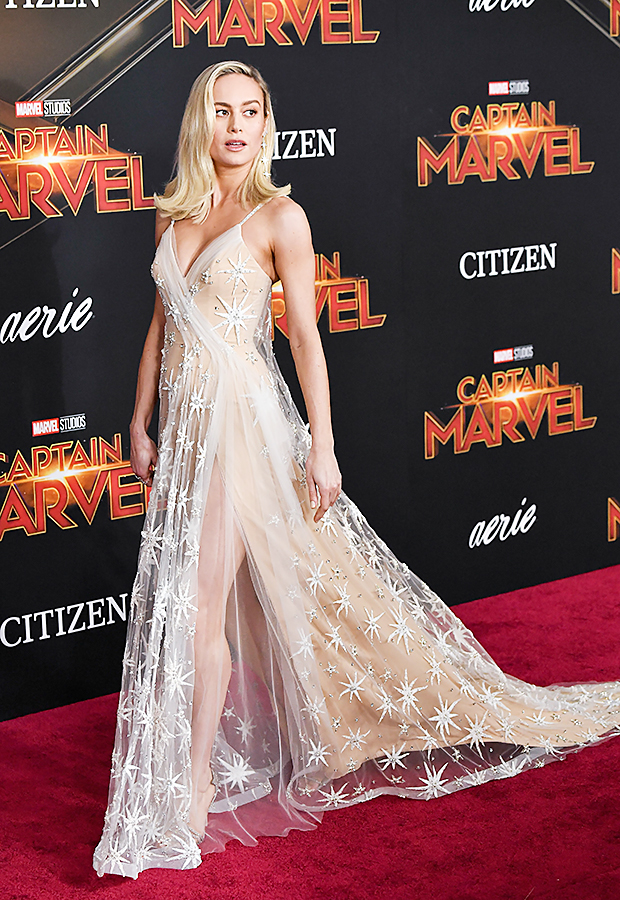 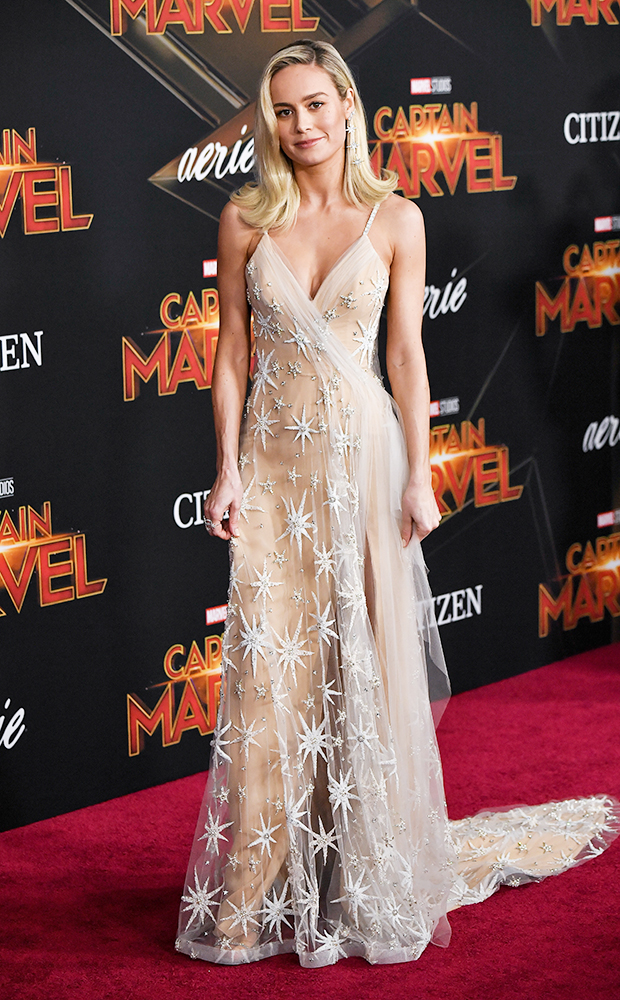 Related: ‘The Marvels’: The Release Date, Cast & More You Need To Know

Larson’s potential career-altering film came less than two months after a report claimed in early January, that she ended her engagement with Alex Greenwald, 39. The actress got engaged to the actor and musician in May 2016, after several years of dating. Larson did not bring Greenwald to the Captain Marvel premiere, despite being with him during the duration of production on the film.

Greenwald celebrated after the actress wrapped filming on Captain Marvel. “Happy picture wrap day!” he wrote under a photo of himself wearing a Captain Marvel hat on Instagram, July 8. Larson and Greenwald, who are usually private about their relationship, have yet to address the split report.