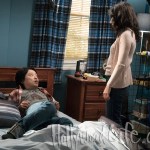 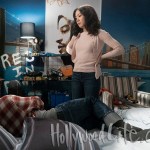 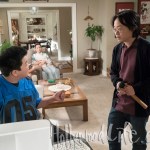 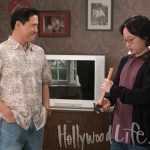 Hello again, Horace! Jimmy O. Yang is coming back to ‘Fresh Off The Boat’ and HL has the EXCLUSIVE first photos from the episode. Don’t you love that Jimmy and Constance Wu are working together again?

The March 8 episode of Fresh Off The Boat — titled “These Boots Are Made For Walkin'” — will feature a blast from the past! Horace returns, which means Jimmy O. Yang is back! Horace comes back into the picture when Eddie leaves home and winds up living with Horace in his new apartment. He makes the sudden change after his mom tells him he’s too immature to go on a student exchange trip to Taiwan and takes Jessica at her word when she says “my house, my rules.” However, Eddie starts having second thoughts when he moves in.

Jimmy made his first appearance on the show as Horace in 2018. The new episode gives us yet another Crazy Rich Asians reunion, which is always something to celebrate. In two of our EXCLUSIVE Fresh Off The Boat episode photos, Jimmy is sharing the screen with the one and only Constance Wu! Jimmy and Constance starred in the hit 2018 romantic comedy Crazy Rich Asians. Constance played the lead, Rachel Chu, and Jimmy played Bernard Tai. Jimmy also shares some scenes with Randall Park’s Louis Huang and Hudson Yang’s Eddie Huang in our first look pictures.

Also during the episode, Louis and Evan suspect Emery is leading some sort of secret life after he quits the volleyball team but lies about still going to practice, so they begin following him. Fresh Off The Boat airs Fridays at 8 p.m. as part of the new TGIF programming block on The ABC Television Network, streaming, and on demand. The cast recently celebrating the filming of Fresh Off The Boat’s 100th episode! Congrats, all!