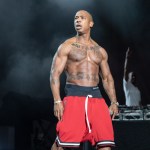 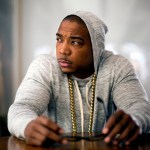 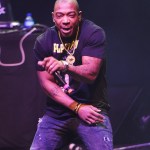 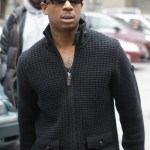 Ja Rule performed at an NBA halftime show, and the audience wasn’t exactly over-the-moon for the rapper.

Well… that was awkward. While performing the halftime show at the Milwaukee Bucks versus Minnesota Timberwolves “90s Night” game, Ja Rule, 42, wasn’t exactly met with the biggest applause. The performer went onstage, attempting to get the crowd excited for his spot, but the crowd barely applauded the performer at all.

“They said this is ’90s Night,’ so they brought out a 2000s artist,” Ja Rule began, with minimal laughter in response to his joke from the audience. “But my album [Venni Vetti Vecci] came out in ’99, so I guess that counts.” Again, barely a response. He then asked the audience if they were ready and was met by next to nothing yet again. He waited a couple of seconds for any response from the audience, and then repeated the question in a more announcer-like voice. “I guess not,” he concluded, after the crowd barely applauded or cheered. From the below video clip, it appeared like Ja Rule was met with silence, but other videos showed that people made noise throughout other parts of the performance.

Twitter, of course, thought the situation was hilarious. One user responded to Ja Rule’s introduction by saying in all capital letters, “Bruh Ja Rule never getting booked again,” with a string of crying emojis.

You might watch the clip and think how ridiculous it was that the whole audience was silent, but uh, the players didn’t pay much mind to Ja Rule either! Another Twitter user, ESPN NBA reporter Malika Andrews, pointed out that a basketball player was already going back to practice his shots in the middle of Ja Rule’s performance.

There’s a good 3.5 minutes left of halftime, Ja Rule is mid-song and Giannis is already out shooting. pic.twitter.com/sPoyVnpI7x

Ja Rule’s…um, interesting performance came after the rapper caught serious flack for his involvement with the Fyre Festival, as seen in both Hulu’s and Netflix’s documentaries, titled Fyre Fraud and Fyre, respectively. Initially after the festival happened in 2017, Ja Rule minimized his involvement with organizing the event, despite being a co-founder. However, in the documentaries, Ja Rule was seen to be heavily involved, helping plan the event alongside co-founder Billy McFarland.

We hope the people at the event enjoyed the game – at least more so than they seemed to enjoy the halftime show! Better luck next time, Ja Rule!