Tom Brady, 41, and Gisele Bundchen, 38, are the definition of relationship goals. HollywoodLife spoke EXCLUSIVELY with Tom at the Hollywood For Science Gala on Feb. 21 in Los Angeles. and asked the Super Bowl champion about his lovely wife. “She’s a wonderful woman, who inspires me every day! She has my heart. I am very proud of her,” Tom told HollywoodLife EXCLUSIVELY. Tom and Gisele looked so in love on the red carpet. They kissed and showed so much romantic PDA.

Gisele stunned in a one-shouldered white gown by Stella McCartney, while Tom looked dapper in a suit. The former supermodel was being honored at the event, which supports UCLA’s Institute of Environment and Sustainability, for her environmental activism. Gisele is a UN Environment Goodwill Ambassador. Don’t you just love how supportive Tom and Gisele are of each other! The couple has been happily married since 2009. They have two children together: Benjamin, 9, and Vivian, 6. Tom has another child, son John, 11, with ex Bridget Moynahan, 47. 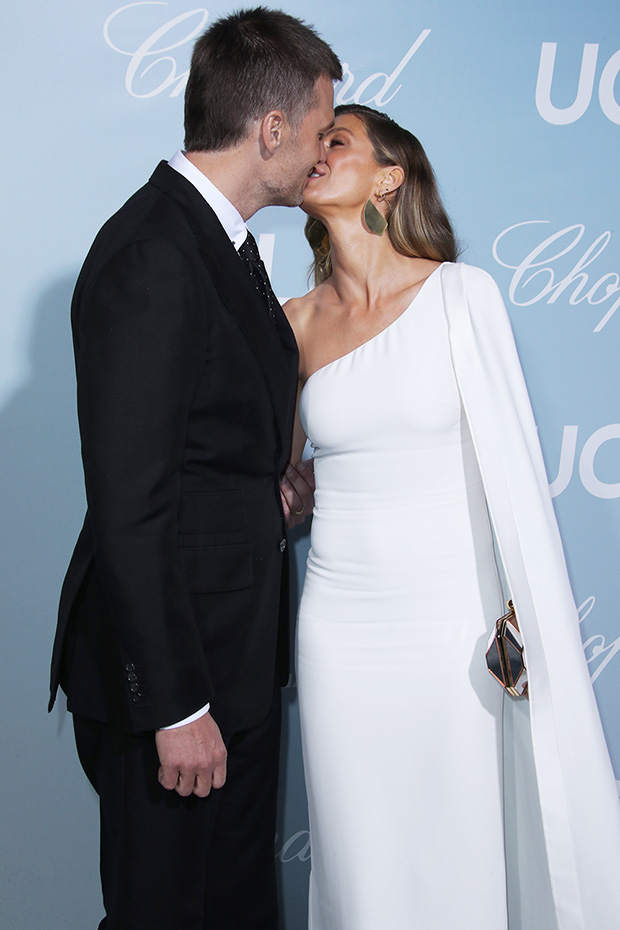 HollywoodLife also asked the quarterback what he would like to say to his fans after winning 6 Super Bowl championships for the New England Patriots. “It’s been my pleasure!” he said. The Patriots just won their sixth Super Bowl in Feb. 2019, beating the Los Angeles Rams 13-3. Tom noted that he’s going to “rest” during his time off from football. “I need it!” he added! Even though he’s 42, Tom has no plans to retire from football. “He’s all in for next season and knows that the target on his back will only get bigger and bigger but he can’t wait to prove people wrong yet again!” a source close to Tom told HollywoodLife EXCLUSIVELY.