When it comes to How To Get Away With Murder, you never know what’s going to happen. When it comes to premieres and finales, fans always have to brace themselves. HTGAWM doesn’t mess around. The season 5 finale will air Feb. 28, and HollywoodLife talked EXCLUSIVELY with Jack Falahee about what’s ahead and his hopes for season 6, as well as his partnership with Oban Single Malt Scotch Whisky. Jack couldn’t say much about the season 5 finale, but he did tease: “It was a really difficult episode for us to film as a cast, and it’s really shocking and sad, too.”

The show hasn’t been renewed for season 6 yet, but ABC won’t announce the majority of their renewals until May 2019. Connor and Oliver recently got married, and Jack has an idea for a honeymoon. “I’ve been pitching aggressively that the sixth season should start with Connor and Oliver yachting off the coast of Greece, just so they have to fly me to Greece and put me on a yacht for a while. I think that’d be great. The fans would love it,” he said. Hey, we’re here for it. He also has other hopes for a potential season 6.

“Aside from yachting off the coast of Greece, I shadowed one of the directors on set because I would like to direct in the future,” Jack continued. “Whether or not that happens next season remains to be seen, but while I was shadowing I learned a lot about all the ingredients that go into making an episode, and we as a cast, because we don’t know what the endgame is, we always come up with our own ideas. While I was shadowing, I was talking to one of the writers and they liked some of the ideas, so when I go back to L.A. I’m actually meeting to pitch some things because I think there are some crazy twists and turns, and obviously they are working on that, but I’ve come up with some of my own that I think are good. So hopefully some of that gets thrown in there. But I think that it’s going be, especially with how the season ends, it’s going be interesting to see how folks recover.”

This season introduced Gabriel Maddox, and the winter finale revealed that he’s actually the son of Annalise’s late husband, Sam Keating. The Keating 4 has been hesitant to trust Gabriel, especially Connor. “Connor realizes he has this real thing now in his marriage to Oliver, and it’s a good thing,” Jack told HollywoodLife. “When he sees someone on the outside that might threaten that life that they’ve finally created together, I think he gets really protective and gets kind of almost alpha in the back couple episodes with the Keating students and trying to dissuade them from trusting Gabriel here and there. Rome Flynn has done just such a good job with Gabriel, and it’s definitely added a different dynamic, which is cool.” 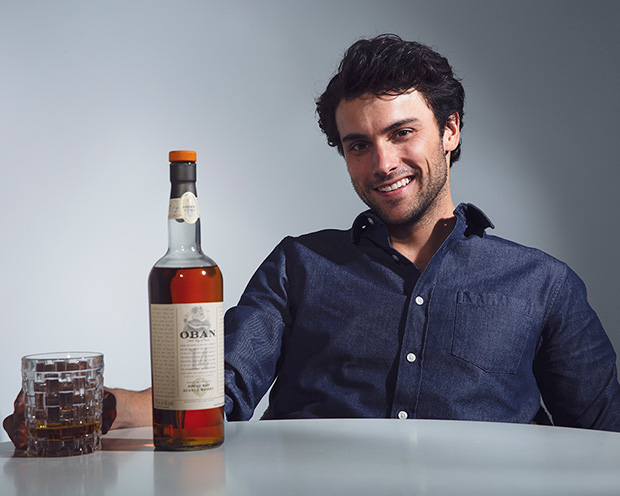 In addition to HTGAWM, Jack has partnered with Oban Single Malt Scotch Whisky, which recently launched “It’s Pronounced OH-Bin” campaign. The partnership means a lot to him because of his special connection with whisky. Jack explained: “I have been a fan of scotch for quite some time. When I was younger I would always watch my grandpa who recently passed. He was a fan, and he’d have one every now and then around the holidays. And I’d always go up and smell it and was very curious, even though I thought it smelled terrible. Now I love the smell. And when I finally was of age, I think it was Christmas, and he had a bottle that he’d been hanging onto for a long time. And he poured me a glass and just had a nice little conversation and sat there in silence, too. That was my first memory, and then when I lived in New York I was actually bartending to help pay my way through acting school and that’s when I became much more educated about scotch and single-malts, specifically. Coincidentally, Oban quickly became one of my favorites. So when they came to me with the partnership, it just made total sense for me as someone who enjoys it and has a relationship with Oban.”