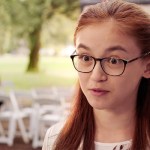 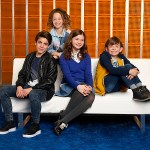 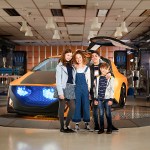 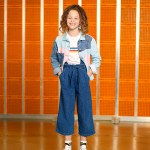 A talking car sounds like the coolest thing, right? Well, allow us to introduce you to VIN! ‘Fast Layne’ premieres Feb. 15 on Disney Channel, and HollywoodLife has an EXCLUSIVE behind-the-scenes look at this all-new mini-series!

Start your engines and get ready for Fast Layne! HollywoodLife has an EXCLUSIVE look at the miniseries that will get you up to speed on all things VIN. “VIN is a one of a kind super car,” Fast Layne creator and executive producer Travis Braun says in our EXCLUSIVE featurette. “We had to look at it and find what makes VIN original, what makes VIN unique to our show.” The miniseries follows 12-year-old over-achiever Layne who discovers a sophisticated talking care named VIN hidden in an abandoned shed.

VIN isn’t just any regular car. VIN can drive by himself and talk! He also has turbo boosters so he can drive really fast. However, we don’t know the full extent of VIN’s powers — yet. “VIN Is sort of a box of mysteries, so we’re discovering what VIN can do sort of as the audience can,” Travis continues. “It does require a lot of special effects. A lot of what we were able to do was designing the vehicle in CG.”

Sophia Pollono, who plays Layne, also adds: “VIN has all of this array of different powers that you can unlock. As he matures and develops, so does his technology and his powers.” Brandon Rossel, who plays Cody, does note that VIN is “very, very childish” and “hyper.” Sofia Rosinsky, who plays Zora, says that VIN also has a “very human side to him. He can relate to you.” VIN sounds like he’s the coolest!
This turbocharged miniseries will feature 8 episodes full of humor, mystery, action and adventure. Fast Layne premieres right after the highly-anticipated DCOM, Kim Possible, on Feb. 15. Fast Layne’s regular installment will be Sundays at 7 p.m. The episodes will be available on DisneyNOW.