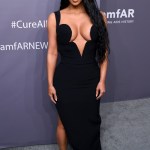 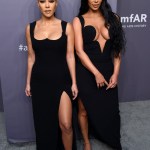 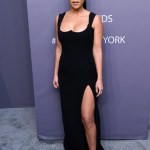 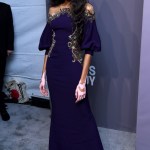 Who didn’t have a crush on Milla Jovavich from the ‘Resident Evil’ movies?! Michelle Rodriguez joked about having a girl crush on her co-star when they first met!

Michelle Rodriguez is a bad-ass woman who has shared the screen with other bad-ass women, most recently starring as Gelda in Alita: Battle Angel. The Fast & Furious star talked to outlets at the amfAR Gala about working with Resident Evil co-star Milla Jovovich, to whom she was presenting an award at the event. “I’ve seen her grow up, she’s a force to be reckon with that one! I remember meeting her when I was 21 years old and having the biggest crush on her and I was like what is that!? I couldn’t even figure it out,” Michelle laughed. “It’s crazy because it’s that mixture of Cleopatra energy and warrior princess energy and she mixes the two with the charm and the allure and the cold bloodedness of a killer.” Haha!

Michelle and Milla first met when they were starring opposite each other in the 2002 Resident Evil film. Milla played the role of Alice, a covert operative working to expose the Umbrella Corporation, while Michelle was Rain Ocampo, a skilled marksman and member of an Umbrella special forces commando unit. The duo reunited for the 2012 film Resident Evil: Retribution, in which Michelle reprised her role of Rain, as her good and evil clone. “I’ve always been in awe of how [Milla] is, and now she’s a mother, so she completed the whole pyramid of being a woman,” Michelle continued in the interview. “I’ve always appreciated her for he fearlessness.”

Michelle went on to praise the work of amFAR, which is an “international nonprofit organization dedicated to the support of AIDS research, HIV prevention, treatment education, and the advocacy of AIDS-related public policy.” Milla and Michelle have both been major supporters of the organization, and Milla was honored for her dedication to the cause. “amfAR, thank God, was run and headed by individuals who really knew what they were doing. Drugs have been developed by the research that has been funded by them, advancements in the science of curing aids has been developed by them,” Michelle explained. “Now they’re on the head of what’s going on with epigenetics and trying to figure out how can we take this one guy who had this amazing blood flow immune to this stuff and implement that into finding a cure. “