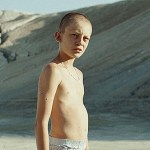 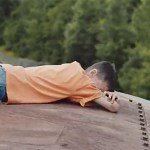 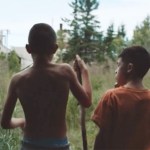 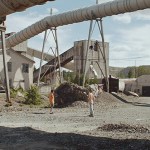 Jeremy Comte, director of the Oscar-nominated short film, ‘Fauve’, had no idea a heart-pounding, real-life experience from his childhood would bring him such joy! He explains the deep meaning behind ‘Fauve’ and more to HollywoodLife!

The Sundance selected short film Fauve takes viewers through a spectrum of emotions — joy, sadness, anxiety, fear, and a sense of freedom — in just 16 minutes of screen time. In case you didn’t realize it, that’s an extremely difficult feat to accomplish in the highly competitive business of entertainment. The movie is based on nightmare dreams from director Jeremy Comte‘s own childhood, he told HollywoodLife in an EXCLUSIVE interview, just days before the short film became an Oscar Live Action Short nominee.

Fauve, “a coming of age story,” follows two young boys — Tyler (Felix Grenier) and Benjamin (Alexandre Perreault) — whose day of playful rough-housing turns tragic when mother nature takes over and they find themselves in a situation they can’t get out of… literally. Set in a surface mine in an “adult-free world,” the boys become engrossed in a seemingly innocent game of power, where they go back and forth to defeat one another — throwing rocks, playing tag and other games to entertain themselves.

But, their day of fun and games takes a fatal turn when the boys stumble upon an open mine field that looks like a giant slab of concrete. When Tyler pushes Benjamin onto the ground, he finds himself stuck in what he thought was a hard surface. “Help me!”, Benjamin yells to Tyler as he continues to sink into the grey goop, which has the same effect of quick sand when you step into it. Tyler just stands there and laughs, as he basks in his power. He thinks he won “the game.” But, this isn’t a game.

As Benjamin’s body continues to get swallowed up in “mother nature’s force,” Tyler then realizes it’s serious. While Tyler manages to escape to get help, Benjamin isn’t so lucky. Later on in the film, things come full circle when Tyler gets a sign from Benjamin — leaving him with hope that his friend is at peace.

“The concept of the film came from nightmares I had when I was a child,” Comte explained. “The kids [in the film] are actually nine and ten-years-old, and I too grew up in the countryside,” Comte, a Montréal, Canada native, explained. “I used to take super long walks with my friends and we would pull pranks on each other as small boys, trying to prove ourselves” he said, comparing his childhood to the characters in Fauve.

Once he grew older, Comte reflected on those very nightmares, which used to nearly cripple him with anxiety. “Looking back at it later in my life, I thought, ‘Wow this is so crazy, I need to do something about it and make it super realistic in a super real way. And, that’s how it came together, how the story came to me. It was so personal. It was a mix of bringing back those dream elements and bringing it into the real world what fascinated me.”

Comte chose to cast kids in the film, not only because of his experience as a child, but because of the emotions young people go through on a daily basis. “As a kid, you’re acting on impulse and you’re not even thinking about the consequences of your own actions,” he explained. In the film, that is exactly what Tyler and Benjamin display. They’re reckless, rough and always riding a fine line between fun and danger.

“There’s a realistic feeling to it, these kids playing this game and it’s so rough and cool at the same time. They like each other, they’re just playing. But, at the end of the day it’s part of nature and a coming of age story with tragedy. Through that, they face life and the consequences of life. For me, it was very visual and a feeling of losing control and that’s the metaphor of being in quicksand and being stuck with anxiety was to me.”

And, although Fauve ends on a major cliffhanger (which we won’t spoil), we will say that the short film definitely leaves room for an interpretation for a sequel. However, Comte says that won’t happen. “The film comes so full circle for me. My intention was to make a great short film, and when I think of turning it into a feature, for me, it really lives on its own,” he explained. “I feel like the characters themselves could move to a story later on, but I feel like it will be such a different story, so a sequel is something I never thought of.”

Tune into the 91st Academy Awards on Sunday, Feb. 24, to see whether Fauve will take the Oscar for Live Action Short. The Comte-directed short film is up against Detainment, Vincent Lambe; Marguerite, Marianne Farley; Mother, Rodrigo Sorogoyen; and, Skin, Guy Nattiv.