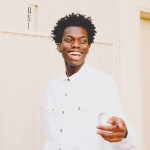 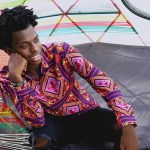 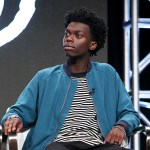 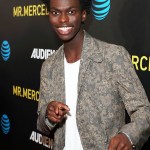 Tim Johnson Jr. had fans falling in love thanks to his flawless performances on ‘The Four,’ & now he’s gunning for their hearts with a brand new video! Watch the EXCLUSIVE premiere of ‘Hey U’ here!

Philadelphia native Tim Johnson Jr. has already had quite the career in his 19 years of life. At the age of 10, he portrayed Disney’s Young Simba in the Las Vegas production of The Lion King, setting the stage for his unwavering loyal fanbase to watch him grow through the years. More recently, in 2018, the rising star became a semifinalist Fox’s competition show The Four: Battle for Stardom, mesmerizing audiences across the country! With a six song EP album under his belt, Tim is now giving his stunning song “Hey, U” a visual component, and we’ve got the premiere here! Plus, the singer told us all about how he nailed that “old school” funk inspired sound of his, and what the most wild part of his journey so far has been!

What does the track “Hey U,” mean to you as an artist?

“Hey U” is a song that we worked on for 3 years. I was writing other songs that had similar vibes, but for some reason the particular feeling of this song captured the emotion I wanted to convey – that old school soul mixed with funk, inspired by Motown.

What did you learn from your time on The Four?
The Four was such a great experience for me. It gave me the confidence to be myself. It’s such an open feeling to do what you love, and to make others happy by doing it. The show was just affirmation that I’m going in the right direction as an artist.

What else can fans look forward to from you in 2019?
So far in 2019, I’ve appeared as a recurring character on a Hulu series Future Man. And later this year I will be in two films one of them being Meet The Blacks 2 (The House Next Door). Music wise, I want my people to expect more music, more visuals, more projects, just taking giant baby steps.

Catch the singer’s brand new video above, and stay tuned for even more to come from the rising star!