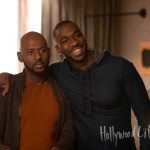 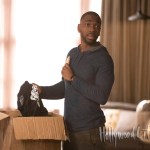 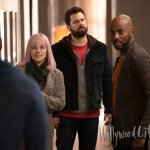 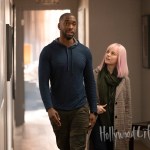 Rome is getting an unexpected guest — his brother! Jay Pharoah will guest star as Rome’s brother on the Feb. 14 episode of ‘A Million Little Things.’ See the exclusive photos from the upcoming episode now!

Surprise! Saturday Night Live alum Jay Pharoah is guest starring as Rome’s brother, Omar, on the Feb. 14 episode of A Million Little Things. In our EXCLUSIVE photos, Omar and Rome (Romany Malco) have what seems to be a happy reunion. The brothers are all smiles in a number of photos. Aw, brotherly love. But there’s one photo where Rome looks a little less than enthusiastic about what’s going on. Omar meets Gary (James Roday) and Maggie (Allison Miller), too! Omar seems to hit it off pretty well with Rome’s pals. Take a look at the rest of the EXCLUSIVE photos in our gallery above!

The synopsis for the Feb. 14 episode says that Omar makes an “unexpected visit.” What is Omar up to? What is his relationship with Rome like? WE. NEED. ANSWERS! Also during the episode, Eddie (David Giuntoli) and Katherine’s divorce mediations become complicated, and Gary and Maggie attempt to check an item off her bucket list. Marissa Jaret Winokur also guest stars in the Feb. 14 episode as Linda.

A Million Little Things recently made the move to Thursday nights at 9 p.m. after Grey’s Anatomy and before How To Get Away With Murder. Talk about an epic Thursday night lineup! The show’s first season will consist of 17 episodes total, with the season one finale set to air on Feb. 28 on ABC. A Million Little Things has not been renewed for season 2 as of yet, but ABC hasn’t announced their renewals for the 2019-2020 season. The all-new ABC drama series also stars Ron Livingston, Christina Moses, Christina Ochoa, Grace Park, Stephanie Szostak, Tristan Byon, and Lizzy Greene.