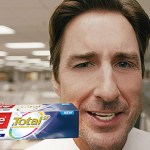 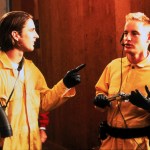 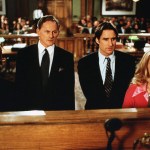 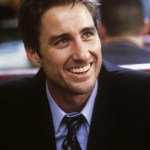 Luke Wilson would be an awesome dad because he knows how to be funny — just watch his hilarious new Colgate Total commercial that’ll premiere on Super Bowl Sunday.

Luke Wilson got very candid while promoting his first ever Super Bowl commercial. He told HollywoodLife EXCLUSIVELY why he’s “nervous” about his Colgate Total ad running during the big game, revealed whether he’ll ever share the big screen with his brothers again, and even opened up about his relationship status and plans for fatherhood. When it comes to the Super Bowl, the epic ads have become just as important as the actual game and Luke is feeling the pressure. “It definitely will kind of keep me from really enjoying the game as much as I might if I did not have a commercial playing  at some point during it because I’ll definitely be nervous watching the game, waiting for my commercial to come up,” Luke told us.

He continued, “You know the way it is these days, the commercials are like movies. People talk about the commercials more than the game a lot of the time now. The commercials bring in people that wouldn’t normally watch a football game or even the Super Bowl, you know they watch it to see these commercials so in a way it’s like a movie opening, where you really want people to think it’s funny and to like it. And then on top of that you definitely want the idea of Colgate Total to kind of get across, where people see what a good product it is. I get nervous, there are so many factors involved. For me personally I definitely want it to be funny, that’s why they hired me I think. And to me that’s one of the things that helps me try to relax and do a good job is to just think of it like I’m doing a Saturday Night Live skit, where you’ve got to make it funny and get the point of the product across at the same time.” After watching the hilarious ad, we don’t think Luke has any reason to be nervous because he totally nails it.

Luke’s quirky humor is hard not to love and it only gets better when he teams up with his older brothers Owen Wilson, 50, and Andrew Wilson, 54. The trio, who first shot to fame together in the 90’s indie flick Bottle Rocket, are eager to work together again. “We’re always kind of trying to find something to do together. We see each other very often because we only live a few blocks from each other, so we are always trying to think of something to do together. We would love to do something together again soon because it really is fun for us to work together.” Hopefully we won’t have to wait too much longer.

But a feature film with his family isn’t the only big production Luke is ready to get to work on. The actor, who plays a very unstable father in the upcoming adaptation of the Pulitzer Prize winning novel The Goldfinch, told us he’s more than ready to be a dad in real life too. “Yeah it (starting a family) is (still a goal). I was doing press a couple of years ago and one of these journalist that I’ve known since I first got to town said to me, ‘Luke you said in 1996 that you wanted to be a father what is going on?’  My own mother doesn’t even say that but it was really funny and I didn’t realize that I’ve been talking about it for that long. But yes, I definitely want to start a family. I love my niece and my nephews. And I know how much my dad loved being a father, that was one of the things that made him the most happy, so yeah, I’m 47, I’m ready for that. I need to get to work.” We have no doubt there are plenty of women that would love to help Luke make his family plans a reality, however he revealed EXCLUSIVELY to HollywoodLife that he’s already got a special ‘Valentine’ in his life.