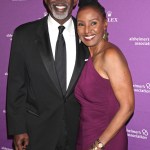 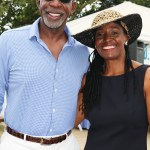 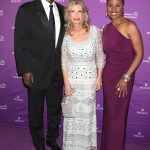 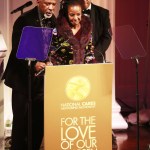 As B. Smith, the woman once dubbed ‘the black Martha Stewart,’ suffers from Alzheimer’s disease, her husband has started dating another woman – and fans are furious!

It has been nearly six years since model, restaurateur and lifestyle guru B. Smith (Barbara Elaine Smith, 69) was diagnosed with Alzheimer’s disease. The illness “ravaged her brain, jumbling her memories, turning her sentences into alphabet soup,” according to the Washington Post. Her husband and business partner of two decades, Dan Gasby, 64, has cared for his wife as her condition has deteriorated, but the support he’s received from all her fans turned to anger when, in December, they learned he was dating a woman named Alex Lerner, 53. Oh, she also “has a room” in B. and Dan’s house. Needless to say, some fans were furious.

“You don’t bring your mistress in the house where your WIFE lives. She’s not dead,” one irate person wrote on Facebook. Alex, a white, blonde woman, is “having her lifestyle funded by a black woman, and this white woman didn’t have to build a thing with you,” a YouTube blogger said, per the Washington Post. “B. Smith’s husband is trash. Point blank. Married is still married,” @korafbaby tweeted, while @FeministaJones weighed in with, “The audacity of this muthaf*cka to bring this woman up in his wife’s house.”

Others are more sympathetic to Dan’s situation. “It’s not my place to judge, @Kindraf tweeted. “The family is happy and B. is well cared with love and inclusion – and that is all that matters. It’s not my business. I’m glad he’s open as opposed to hiding that – again – doesn’t concern anyone else.” “Lots of thoughts on this one but I’m not one to tell anyone how their relationships should be,” @sasha6S tweeted. “I’ll just say this is a little strange.”

Wow.
I knew B. Smith was ill… I remembered reading about it years ago
But I didn't know her husband was a whole ass piece of shit
Damn, I'm not surprised, cuz men generally aint shit when their wives get sick but c'mon man…

I tell him all the time to be careful with what he posts,” Dana, Dan’s daughter from a previous marriage, told the Washington Post. “I say, ‘Look, You’re going to make people mad. You either have to be okay with that, or you have to change.’  “ She has also said that her father hasn’t abandoned B. by any measure. “She’s in this house. She’s here every day.”

B. and Dan married in 1992 and lived a happy life as her career began to skyrocket. She scored a television show, B. Smith With Style, and made frequent appearances on the Today show. She launched a magazine, opened three successful restaurants, and started a line of home goods still for sale at Bed, Bath & Beyond. In 2008, there were signs of trouble when she would “have the same conversation three times in one day,” Dana said. In 2013, she was diagnosed with Alzheimer’s, and she went public with the diagnosis in 2014.

As to how B. might think about her husband going public with his girlfriend while she deals with this disease, the Washington Post says she and Dan “sometimes clashed over his flirtations” while she was still lucid. While it’s impossible to know how she would react to this, a Twitter user summed it up as “situation ethics at its best.”