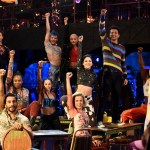 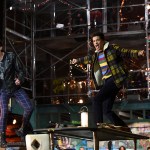 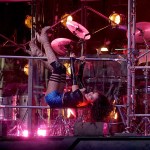 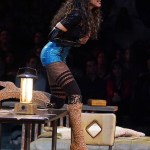 Tinashe is one of the talented cast members of ‘RENT: Live,’ and she talked with HL about the ‘timeless’ musical and how she worked ‘really hard’ to get the audition!

Tinashe will play the iconic Mimi Marquez in the RENT: Live, which will air Jan. 27 at 8 p.m. on FOX. The 25-year-old revealed that she was first introduced to the movie during her teen years, and her love for the musical has only grown since then. “I was already kind of familiar with a lot of the music, because it’s just timeless and incredible, and that really kind of brought it to life for me,” she told HollywoodLife at the show’s press junket in Los Angeles. “When I found out about the audition, that was really when I was like, oh, I really want that role, I really want that part, and it just like felt right.”

RENT is a rock musical by Jonathan Larson that took Broadway by storm. The show was adapted into a 2005 film. Tinashe opened up about making the role of Mimi unique, while also respecting what’s been done before. “I worked really hard to get into the audition process. I really respect the role and everything that has been done before me, so I really want to bring that essence to what I’m doing, and I also want to make it my own,” she continued. “I have experience also performing on my own, so bringing that to the table as well is going to be just fun to play with, but I’m definitely aware that it’s a lot of people’s literal dream role, so there’s a lot of pressure.”

RENT: Live is a hybrid of both acting and music. Tinashe is not choosing one or the other going forward. “I’m simultaneously working on music all the time, [that] never stops, so there will be a new album in the future,” she said. “I’m not diverting from music, but this is just like an additional piece, and I would love to continue to choose good roles and be purposeful about it going forward.”