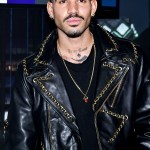 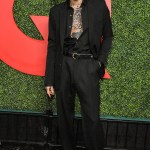 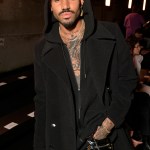 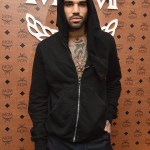 Lional Richie’s 24-year-old son, Miles, was arrested in London after allegedly making a bomb threat at the airport! We have the details about the shocking incident here.

Miles Brockman Richie, 24, is in trouble after allegedly threatening to detonate a bomb at London’s Heathrow Airport on January 19. Lionel Richie‘s son, according to eyewitnesses who spoke to TMZ, reportedly became irate after he couldn’t get on a flight. It’s unclear why he wasn’t allowed onboard. He allegedly then claimed he had a bomb in his bag, and that he would detonate it if he wasn’t let onto the plane. Security then showed up, and Miles allegedly punched on of the guards!

At this point, police reportedly detained the model and issued him a “caution.” Accepting a caution in England is akin to owning responsibility for an offense, according to Metropolitan Police, and means Miles was neither booked nor charged with a crime. He doesn’t have to appear in court, but the caution does go on his record. While the police did not confirm that the individual was Miles, a spokesperson for the department told TMZ that a 24-year-old man “accepted a caution” for “communicating false information causing a bomb hoax and battery following an incident at Heathrow (Airport) Terminal 5.”

Miles is a model new to the runway; he made his debut at New York Fashion Week in February 2018, walking for Philipp Plein. He’s the brother of Sofia and Nicole Richie, as well. He and Sofia actually have a lot in common. She walked for Plein in February 2017, and he’s tight with the Kardashian-Jenner clan — especially Kendall and Kylie Jenner, and Khloe Kardashian. In fact, he even let Kylie tattoo him in 2014. Now that’s trust.

HollywoodLife reached out to Lionel Richie’s rep for comment on his son but did not immediately hear back.