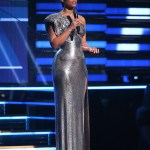 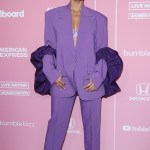 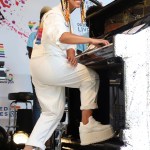 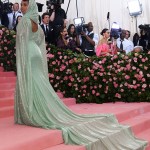 Alicia Keys’ two sons aren’t impressed that their mom is hosting the 2019 Grammys. See the hilarious video where the singer told her kids the big news!

Alicia Keys can’t wait to host the 2019 Grammys on Feb. 10, but not everyone close to her is as thrilled as she is. The 37-year-old singer took to Instagram to share a hilarious video of herself telling her two sons, Egypt, 8, and Genesis, 4, the big news. “I got some good news guys, or I got some news. Guess what? I am going to host the Grammys!” Keys revealed, throwing up her arms in excitement.

But the announcement didn’t go over how she was likely expecting. Instead of cheers of congratulations, the two boys were completely silent until Genesis let out a squeal and Egypt asked, “What’s the Grammys?” Don’t worry Alicia, we’re excited for you!

While Egypt and Genesis couldn’t care less that their mom is hosting the biggest night in music, it is a pretty big deal. Alicia, who has 15 Grammy Awards of her own, will be the first woman in 14 years to host the Grammy Awards ceremony.