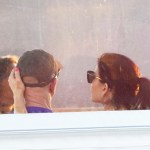 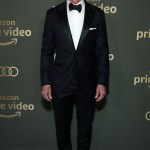 The world’s richest couple are calling it quits. Jeff and MacKenzie Bezos announced via a joint statement that they’re getting divorced. Learn more about the soon-to-be ex-wife of the Amazon CEO worth an estimated $137 billion.

The richest couple in the world are heading for a divorce. Amazon CEO Jeff Bezos and his wife of 25 years, MacKenzie Bezos, have decided to split up. While their announcement regarding the break up seems amicable, there’s the possibility that this divorce could get costly since Jeff, being the world’s richest person, has an estimated net-worth of $137 billion, according to CNN. And, get this — The pair reportedly did NOT have a prenup, meaning his billions, along with the 25 properties they own together might have to be split right down the middle. Not to mention, Washington is a 50/ 50 community property state.

The couple also share four kids, which could complicate things further. But while you likely know who the 54-year-old entrepreneur is, MacKenzie, 48, might be more of a mystery. Here’s what you should know about her:

1. She and Jeff announced their divorce in a statement on Twitter. The statement was issued on Jeff’s verified account on Jan. 9. It said: “We want to make people aware of a development in our lives. As our family and close friends know, after a long period of loving exploration and trial separation, we have decided to divorce and continue our shared lives as friends. We feel incredibly lucky to have found each other and deeply grateful for every one of the years we have been married to each other. If we had known we would separate after 25 years, we would do it all again.”

The former couple appeared to be on good terms and ended their relationship mutually, based on the end of their statement. They wrote, “We’ve had such a great life together as a married couple, and we also see wonderful futures ahead, as parents, friends, partners in ventures and projects, and as individuals pursuing ventures and adventures. Though the labels might be different, we remain a family, and we remain cherished friends.”

2. She met Jeff in the early 90s. The pair met when MacKenzie was working for Jeff at D.E. Shaw, a New York-based hedge fund in 1992. They married a year later, and then packed up and moved across the country to Seattle, Washington in 1994, where Jeff launched Amazon.

3. She’s an author. MacKenzie has written two novels, The Testing of Luther Albright in 2005 and Traps in 2013. The former won an American Book Award. It also took a decade to write, but not because of laziness. Jeff told Vogue in 2013 that he recalled waking up on vacations to find his wife writing in hotel bathrooms. The process took as long as it did because she decided to put her children first, according to the magazine.

4. She shares four children with Jeff. The parents share a daughter adopted from China, and three sons. “Family is very important to Jeff, and he absolutely relies on [MacKenzie] to create that stable home life. They are such a normal, close-knit family, it’s almost abnormal,” longtime friend of the couple, Danny Hillis, told Vogue.

5. She founded an anti-bullying organization in 2014. The organization is called Bystander Revolution and MacKenzie serves as executive director. The organization offers advice about simple things people can do to defuse bullying. The website includes hundreds of unscripted videos featuring students, experts, and celebrities like Ansel Elgort, Demi Lovato, Elizabeth Banks, Laura Dern, and Shailene Woodley, opening up about their personal experiences with bullying.