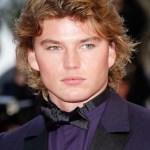 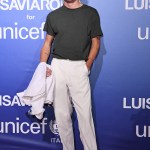 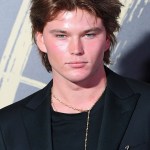 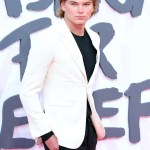 Paris Hilton is still living her best life after splitting from ex-fiancé Chris Zylka in Nov. 2018, as proven by cozy photos of her and model Jordan Barrett. But he’s not a new face…here’s their interesting history together!

Paris Hilton, 37, is a single lady now, but she still had a hunky man to pose with for photo ops at a charity event in Florence, Italy on Jan. 9! But the man in question wasn’t just any other model at a party. He was Jordan Barrett, 22, who was once rumored to be dating the Hilton Hotel heiress before ex-fiancé Chris Zylka came along! Then just 18 years old, speculation erupted that Jordan was dating Paris thanks to a string of cozy photos in 2015…much like the ones tonight. They posed for multiple pictures together at the Florence event, and Paris was leaning into the young model — who didn’t bother to button up his dress shirt — in all three of their shots! Paris was the image of sex appeal herself in a hot red gown. SEE THE PICTURES OF PARIS HILTON AND THE 22-YEAR-OLD MODEL, HERE.

Paris and Jordan sparked dating rumors three years ago after they were spotted at a Milan nightclub together. They also posted multiple pictures together to their respective Instagrams that year — you can see one of those throwbacks below! However, Jordan denied all romantic speculation. “Paris has always been a friend of mine, for at least a year now, but it has been the same friendship the whole time,” the Gold Coast native told Daily Telegraph Australia in a 2015 interview. “She is the same with me that she is with a lot of different people, different models and actors, but there is nothing more to it. She is a nice chick, but there is nothing more to it.”

His public denial arrived after an unnamed “friend” claimed to Daily Mail that Jordan was dating Paris “on and off” and that he was “a little bit smitten” with her in 2015. Jordan has quite the reputation for sparking dating rumors with hot shots in the industry! He has even spurred dating rumors with models Kendall Jenner, 23, and Bella Hadid, 22, although the latter publicly shot down the reports.

When we last caught up with Paris in Nov. 2018, she wasn’t shedding tears over her breakup with Chris — just like she isn’t now! When we asked how she was dealing with the split, she EXCLUSIVELY told HollywoodLife, “I’m just happier than ever and excited. It’s going to be an amazing 2019.” She was “definitely” friends with her ex, she added — but is still open to new love. She wants “someone who’s kind and has a good heart,” she told us at the Rachel Zoe Resort Holiday Presentation at Palisades Village.