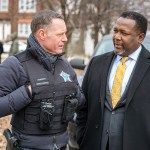 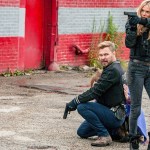 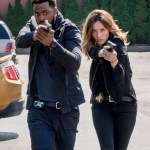 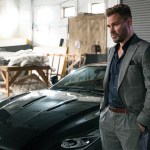 Yet another person within Intelligence found out about Upton and Ruzek’s secret relationship during the Jan. 9 episode of ‘Chicago P.D.’ Was it Halstead or Burgess? Find out now!

Upton and Ruzek’s relationship is no longer a secret. Halstead overhears Upton and Ruzek arguing inside the station. When he walks in on their intense conversation, he knows. He realizes right then and there that Upton and Ruzek are more than just friends. Later, Halstead and Upton talk about what he saw. “I didn’t think this was going to turn into anything,” Upton tells Halstead. “It sort of caught me off guard. I should have told you. I’m sorry” Halstead is an understanding partner and doesn’t judge Upton at all. “I get it,” Halstead says. “And you didn’t have to tell me anything. We’re good. And we’re always going to be good.” Swoon. While I like Rupton, I still think Upstead is endgame!

Upton and Ruzek were arguing because he’s an idiot. Ruzek decides to take the fall for the death of the person who kidnapped Antonio’s daughter. Even though Voight had planned on taking the blame, Ruzek takes charge and surprises Voight. Voight pleads with Ruzek to backtrack and say it was him. He wants to take the fall since Antonio was only at the scene in the first place because of him. Ruzek doesn’t want to budge. “There’s a price to pay for this kind of loyalty,” Voight says. The rest of Intelligence knows something’s up, but don’t ask questions. Except Hailey. She goes to Voight about the situation, and he tells her that she’s getting too emotionally involved. “He has my loyalty, and I don’t know how to help him,” Hailey admits. There’s not much Voight can do at the point. Ruzek’s making his own decisions.

Even though he’s given an offer to put a new story about the officer-involved death on the books, Ruzek doesn’t take the deal. He keeps his story, and he digs an even bigger hole for himself. Ruzek, everyone gave you an out! Ruzek is so blinded by his loyalty, and it’s going to get him into trouble with his job and possibly his relationship. Chicago P.D. airs Wednesdays at 10 p.m. on NBC.