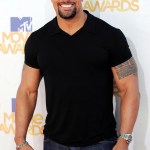 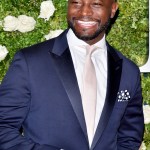 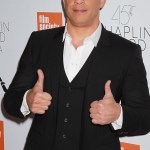 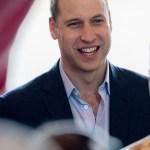 Forget running your fingers through their hair; bald is officially the sexiest ‘do in Hollywood. Handsome fellows like Dwayne Johnson, Terry Crews, and more have made us official converts. See pics of the guys who rock the style best!

There’s no mistake about it; the Fast and the Furious team is one of the sexiest movie casts in Hollywood! That’s what you get when you’ve got men like Dwayne “The Rock” Johnson, Jason Statham, and Vin Diesel on the roster. With the series’ eighth installment in 2017, The Fate of the Furious, we could barely contain ourselves. The Rock not only has one of the best smiles in town; his hair (or lack thereof) makes him a total stunner. He knows it, too. On Instagram, he frequently talks about his “big bald head,” which we’re totally for. Flaunt it if you’ve got it!

Brooklyn Nine Nine star and America’s Got Talent: The Champions host Terry Crews definitely makes this list. Terry is a true renaissance man, a former NFL star, an artist, an activist, a gifted actor… the list goes on. It helps that he’s incredibly attractive, to boot. Right? It takes a special someone to pull off the bald look, and he does it flawlessly. Honestly, we’d watch Terry read the phone book. He’s that charming.

Some actors go bald for roles, but they don’t always look so great. And others… damn! Tom Hardy shaved his head for two memorable parts: Bane in The Dark Knight Rises, and Max in Mad Max: Fury Road. He’s supposed to be kind of unlikeable in both roles, but we can’t help but be mesmerized! Same goes for James McAvoy in Split (and the upcoming Glass). His character is a homicidal maniac with 20+ personas, but we still would.

For more pics of the hottest bald dudes in Hollywood, like Bruce Willis, Taye Diggs, Prince William, and more, scroll through our gallery above. We dare you not to swoon!