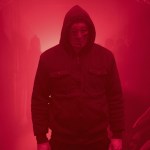 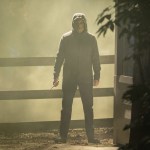 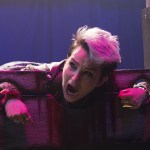 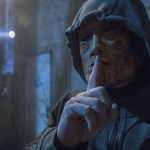 ‘Hell Fest’ stars Roby Attal and Amy Forsyth open up about Gavin and Natalie’s chemistry in our EXCLUSIVE video. Plus, director Gregory Plotkin talks about that shocking first kill in the horror movie. Watch now!

Hell Fest is coming to 4K, Blu-ray, and DVD on Jan. 8. In honor of this special occasion, HollywoodLife has an EXCLUSIVE behind-the-scenes video. Gavin and Natalie’s relationship is fun and light and unlike most horror film romances. “I really connected with the fact that Greg, our director, didn’t really want Gavin to be some macho, super suave guy,” Roby Attal says in our EXCLUSIVE video. “He really embraced kind of the goofiness of Gavin.” He also gushes over his co-star Amy Forsyth, who plays Natalie. “Amy brings a similar kind of goofiness to it. She made it super easy to find the humor in these characters,” Toby adds.

“It’s so fun to play someone who is crushing on somebody,” Amy says. She admits she had so much playing Natalie alongside Roby’s Gavin. However, Gavin and Natalie’s relationship is short-lived in Hell Fest because Gavin is the first one to die in the movie. Director Gregory Plotkin says it was “fun to subvert expectation. He’s the sweetest guy. You don’t think he’s going to get killed. He gets killed first.” His death is brutal. Gavin gets his head bashed in!

Most of the time, there’s a happy ending for characters like Natalie and Gavin. Well, not this time! The special features on the 4K, Blu-ray, and DVD include the theatrical trailer and Thrills & Kills: Making Hell Fest featurette. Hell Fest also stars Bex Taylor-Klaus, Reign Edwards, and Tony Todd.