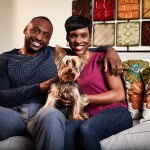 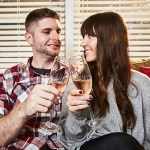 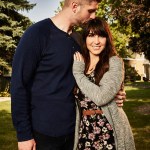 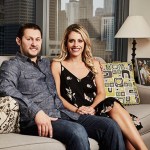 It’s time to move on! After breaking up, Amber Martorana and Dave Flaherty told HollywoodLife EXCLUSIVE new details about their split and dating lives.

While we weren’t exactly shocked to learn that Married At First Sight‘s Amber Martorana, 36, and Dave Flaherty, 37, got divorced, it seems like the couple is moving on from their quick romance. HollywoodLife spoke with the broken up couple and can EXCLUSIVELY reveal that Amber is getting back in the dating game!

Amber told us that she’s “not in a big hurry to date,” but is ready. She said she’s on dating apps after announcing on Dec. 29 that she and Dave filed for divorce. Amber told us she knew her relationship with Dave was over when they had an argument over the rating he gave her – he scored her a 7.5 out of 10. But her experience with Dave hasn’t clouded her opinion of reality television dating – Amber said she’d do the show again! We can’t imagine meeting your future spouse on your wedding day, but it sounds like Amber has hope that it could work for her in the future! “I look at it as an adventure and I’m stronger than ever because of it,” Amber said.

Her ex-partner revealed more details about his feelings and what led to their breakup. “While divorce was always a last option I’ve made peace with the decision and am focused on what lies ahead for me,” Dave told HollywoodLife. “I think deep down I always worried we weren’t a good match. And we struggled once the cameras and crew left. But I knew the marriage couldn’t be repaired when Amber moved out without talking to me first. I’m not someone who lives in the past – I’m very much focused on the future and I hope nothing but the best for Amber.”

In Amber’s Instagram post announcing the end of the their relationship, she also wished Dave well. “We obviously had a lot of tough moments, but we shared a lot of laughs and fun times together too,” Amber said. “In the end, we just weren’t a good match, but I learned a lot through the experience and can now say I’m thankful for it. I wish Dave well, and I know he wishes the same for me in return.”

Seems like these two have been handling their split pretty maturely! And who knows? Maybe we’ll see one of them on another dating show in the future!