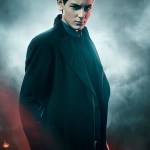 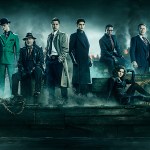 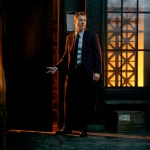 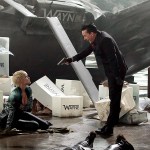 Not everyone made it out of the ‘Gotham’ final season premiere alive. HL spoke EXCLUSIVELY with Erin Richards about how Barbara will be impacted going forward by Penguin’s shocking kill. Spoilers ahead!

The Gotham final season premiere kicked off with a bang. Gotham is in now known as No Man’s Land, and no one is safe. In the season 5 premiere, Penguin KILLED Tabitha by plunging a knife in her chest. Tabitha was trying to get revenge after Penguin killed Butch, but Penguin turned the tables and got revenge on Tabitha for killing his mother. Barbara watched in horror as this all went down, and HollywoodLife spoke EXCLUSIVELY with Erin Richards about where Barbara goes from here.

“It was a very sad moment to lose Jessica [Lucas]. She became one of my very best friends on the show,” Erin told HollywoodLife EXCLUSIVELY at Gotham’s premiere event at The Paley Center for Media in New York City. “But it was kind of a necessary loss for Barbara’s story. From there, she’s propelled into a very dark place, sort of the darkest place she’s been so far probably. That was her best friend and her business partner, and it kind of leads toward a big development about halfway through season 5 where something happens between her and Jim that leads to a transformation for Barbara, which will be the finale.”

Season 5 will be the show’s last season. Getting the chance to wrap up the show’s storylines in this final season meant so much to the cast, especially Erin. “I think she [Barbara] has been through so many different versions of herself. I feel like with that it’s all about her trying to find her place in the world, and the thing that happens in season 5 that I mentioned — this big, dramatic turn — leads to her finding her purpose in life, which is beautiful.”