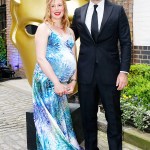 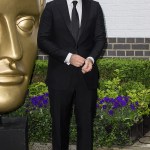 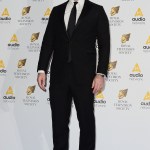 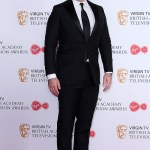 Rob Delaney and his wife are growing their family just months after losing their son, Henry. The couple’s fourth child arrived in August. Here’s what Rob had to say!

Rob Delaney, 41, and his wife Leah welcomed a baby back in August — and the Catastrophe star just opened up about this exciting news to The Sunday Times Magazine. Their fourth child was a baby boy, and he arrived only months after Rob and Leah tragically lost his older brother Henry, 2, to brain cancer. Henry died in January, and although he never got a chance to meet the newborn, he was the first to hear that a little one was on the way! “It’s sort of like they touch each other a little bit, but they almost exist in separate lanes,” Rob said. “Having another child in no way, shape or form eases the grief of Henry dying.”

The actor announced to the public that he and his wife were expecting in June. Instead of a big reveal, Rob simply referred to his wife as “pregnant” in a tweet about the National Health Service. He and Leah welcomed their fourth two months later, but are just opening up about it now. They followed the same route when Henry tragically passed away, posting a Facebook update a month after his death. “Henry had been diagnosed with a brain tumor in 2016, shortly after his first birthday, following persistent vomiting and weight loss,” Rob wrote. “He had surgery to remove the tumor and further treatment through the early part of 2017. Then the cancer returned last autumn and he died in January.”

But while Rob has held off on revealing major news in the past, digesting it with his family first, he continues to be open and honest with fans once the information is out there.

“I speak publicly about Henry in an effort to destigmatize grief,” he tweeted after his first Christmas without Henry. “My family is sad & in pain because our beautiful 2 yr old boy died after a long illness. Why wouldn’t we be sad? Why wouldn’t we be angry and confused?”