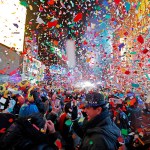 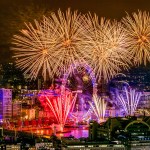 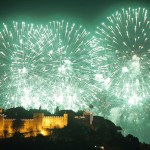 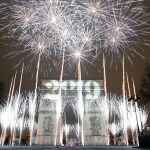 Happy New Year’s Eve, everyone! Say goodbye to 2018 and hello to 2019 with these New Year’s Eve TV specials. Find out who’s hosting, performing, and more!

Every New Year’s Eve, there are a number of TV specials for you to watch as you celebrate the new year with your family and friends. Everyone wants to see the ball drop in New York City’s Times Square, and the top networks are making sure you can see it and more. Ryan Seacrest will be back with Dick Clark’s New Year’s Rockin’ Eve on ABC, while Carson Daly and Chrissy Teigen will host NBC’s New Year’s Eve.

To help celebrate 2019, there will also be so many epic performances from your favorite artists during these New Year’s Eve specials. Don’t miss the most epic celebration of the year. Clear our your DVR ad check out the New Year’s Eve TV specials schedule below!

Dick Clark’s New Year’s Rockin’ Eve With Ryan Seacrest (8 p.m. on ABC)
The Live with Kelly & Ryan host will anchor the annual problem live in New York City’s Times Square. Christina Aguilera is headlining the show from Times Square, and she’ll be joined by Bastille, Dan + Shay, and New Kids on the Block. Ciara will be hosting from the west coast, and Lucy Hale will host the central time zone celebration from New Orleans. Other performers include Lauren Alaina, Kelsea Ballerini, Bazzi, Kane Brown, Camila Cabello, The Chainsmokers, Foster the People, Halsey, Dua Lipa, Ella Mai, Shawn Mendes, Charlie Puth and Weezer, and more. Right after midnight, Post Malone will perform from a stop on his current tour in Brooklyn, New York, marking the first television performance of 2019.

New Year’s Eve Live with Anderson Cooper and Andy Cohen (8 p.m. on CNN)
The best friends will co-host the special live from Times Square. CNN’s Brooke Baldwin and Don Lemon will be live from New Orleans.