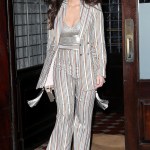 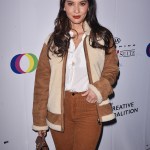 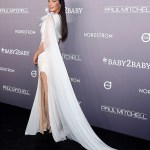 Aaron Rodgers who? Olivia Munn has apparently moved on from her NFL ex, as she was spotted holding hands with Tucker Roberts, a son of a billionaire. As this love continues to bloom, get the info on Olivia’s new bae.

It seems that Olivia Munn, 38, has a new man in her life. The X-Men: Apocalypse star was spotted holding hands with Tucker Roberts, 28, while out shopping in Beverly Hills over the past weekend. While Olivia has been the subject of dating rumors in the past, this is her first major PDA since splitting from Aaron Rodgers, 35. So, who exactly is Tucker Roberts, and why is he, as Jezebel calls him, “the most useful” new boyfriend ever?

1. He’s the son of a billionaire. So, whether or not Tucker himself is a billionaire is up for question, but he probably isn’t hurting for money. He’s the son of Comcast CEO Brian Roberts, and his grandfather, Ralph Roberts, is Comcast’s founder. So, yeah. Tucker comes from money. Brian Roberts is reportedly worth $1.7 billion dollars, as Comcast is the second-largest broadcasting and cable television company in the world (and is the largest home Internet service provider in the United States.) So, if Olivia ever needs someone to help her fix her cable or set her up with the best Internet ever, it would be Tucker. Ergo, how he’s “the most useful” guy out there.

2. He and Olivia probably bonded over video games. Prior to her breakthrough into movies, Olivia was a co-host of Attack of the Show! on the now defunct G4 network (R.I.P.). Did a love of video games lead to this love connection? Tucker is the president of the Philadelphia Fusion, a professional e-sports team — aka professional gamers. In this case, the Fusion competes in the Overwatch league, as they play the popular first-person shooter against 12 other worldwide teams.

3. Tucker’s an Ivy League grad. He’s not just the son of a billionaire who plays video games all day long. Tucker graduated from the University of Pennsylvania’s Wharton School in 2013 with a bachelor’s degree in Marketing and Management, per E! News. Yet, after the U.S. economy tanked in 2009, he focused on e-sports and the burgeoning Silicon Valley. He Worked at Activision Blizzard (makers of Overwatch) and Electronic Arts, another video game company.

Friday's in the office, amirite? pic.twitter.com/ZuYhTm5ZqD

4. He’s probably Gritty’s best friend and we don’t even know it. Despite living in Los Angeles, Tucker’s heart apparently belongs to the City of Brotherly Love…at least, with the Philadelphia Flyers. His Twitter account is full of love for the Flyers’ new mascot Gritty (as well as cheesesteaks)

5. Surprise! He’s a geek/nerd/adorable. “I’m fairly certain hummingbirds are just snitches disguised for muggles,” Tucker tweeted. He also has the most adorable cat ever – that he gave the geekiest (aka best) name. “Happy birthday to Luke Skywhisker, my cat! He’s officially one year old #daww” he tweeted on Aug. 23. Seems like this guy’s a keeper, right?