In Anna & The Apocalypse, Ella Hunt, 20, plays the title role of Anna, who is just your average teenager. There’s just one catch — she’s also dealing with a sudden zombie apocalypse. The film, in theaters now, is a super cool hybrid of Christmas, zombies, and high school angst. The role of Anna is not a typical one, and that’s what Ella loved so much about the part.

“I’ve been acting since I was 11, and when I was 16 or 17, I started getting sent a whole boatload of teenage girl parts, girls that wore next to no clothing, spent all their time on their phones, and were bored of their lives. I just didn’t feel like I related to that as a teenage girl,” Ella told HollywoodLife during a sit-down interview at our New York City office. “So I asked my agent if we could find some roles that were more honest. He sent Anna [& The Apocalypse] and he said, ‘I know this is crazy, but I think it’s really well written and you should have a read.’ I was so immediately mesmerized by this character that Alan McDonald and Ryan McHenry had created. She had all of those things that writers were writing about, that small town feeling, wanting to get out of that convention, but she was also so much more than that, especially when the zombie apocalypse breaks out. She’s totally in denial, and she grows into this badass, but she grows into it because she has to survive. She has a natural athleticism, but it’s not like she’s just immediately incredible at zombie killing. I loved that the script glorified friendship and not teenage romance. She doesn’t run off into the sunset with a boy. Mind-blowing, right?”

The movie explores friendship, love, and loss. Throughout the filming process, the cast and crew became family. “When I first met Anna, I was 17 and turning 18. I had had a very strange collection of teenage experiences, working a bit, and moving from school to school because I was a bit bullied, not really knowing where I fit, and feeling like I was an alien,” Ella continued. “I just felt alien to a lot of the people I was hanging out with at the time. Then I came onto Anna [& The Apocalypse] and all of a sudden I was in a room with very like-minded people who have become like family. I feel like I have become the person I am today because of that family of people. They’ve stayed my friends. We’re going to have New Year’s together. They’re totally family forever.”

Ella’s experience working on the film has left her encouraged to find more roles like Anna. “There were a whole load of reasons why it was a great job, but having done it, it’s really inspired me for roles and projects that are pushing the boundaries and are different to what I’m reading most of the time,” she said.

Anna & The Apocalypse has quickly gained a following since its release. “I’m now totally in love with genre fans,” Ella noted. “They have been totally open-armed and welcoming of the movie. It’s so wonderful to have that. We wouldn’t be in this position without it. To see this movie find such a loving, passionate audience is a beautiful thing.” She’s not opposed to a sequel, either. “I love that it ends the way that it does,” Ella said. “I’m not close-minded to doing another. I also definitely that this group of people, we loved working together, and we’ve all stayed friends. I think we’ll make a lot more together.” 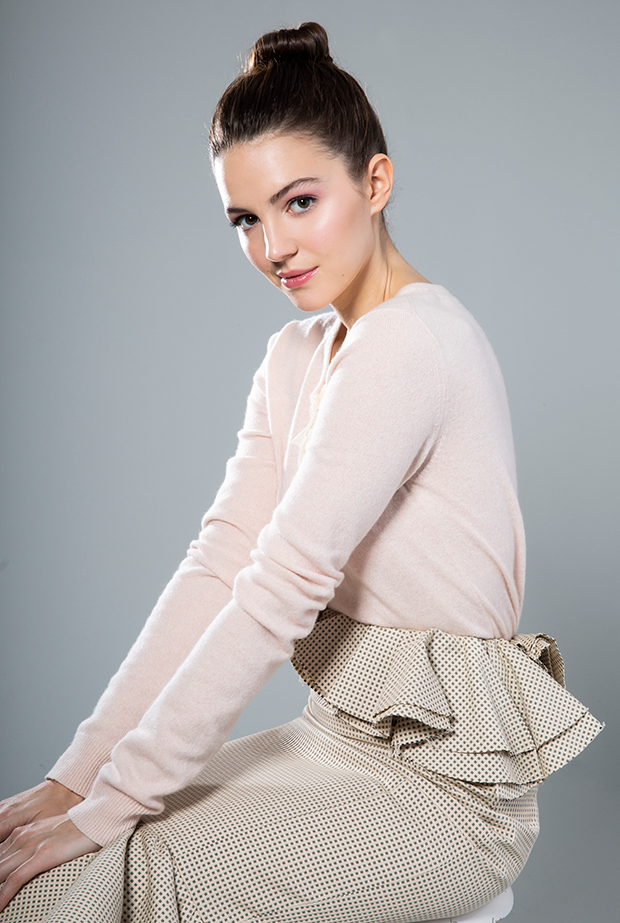 Ella is quick to say that Anna & The Apocalypse has helped launch her and the rest of cast’s careers. She added, “We’re all following our dreams after this job.” Ella is currently shooting the Apple TV series Dickinson with Hailee Steinfeld. She’s also working on an album. Her voice is amazing, as we all heard in the movie. Music has been as much a part of Ella’s life as acting. “I have been singing since I was very young,” she revealed. “I started songwriting when I was about 11. I’m dyslexic and I really struggled to read sheet music, but I played the piano. I started to realize that I would learn by following my ear and writing it myself. Songwriting became a really important way of processing and unscrambling the world around me. I don’t think I could have gotten through my teens without that outlet.”

Related: Best Movies On Disney+: What To Watch On The Streaming Site Now