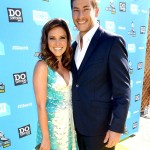 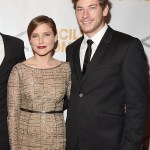 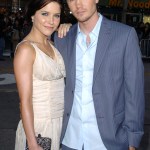 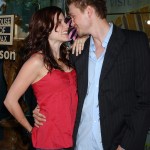 As if splitting in the public eye wasn’t hard enough, Sophia Bush says ‘One Tree Hill’ producers ‘lived for the drama’ of her and Chad Michael Murray’s divorce.

Sophia Bush, 36, doesn’t often talk about her 2006 divorce from her One Tree Hill co-star Chad Michael Murray, 37 — but she opened up to Dax Shepard, 43, about the tough time on his “Armchair Expert” podcast. “The reason why I don’t talk about it, A, is because everyone’s been 21 and stupid,” the actress told him. “But if you’re in our job […] and you’re fully-fledged adults who’ve done really amazing sh*t with your lives, people want to talk to you about the dumb thing you did in college basically, which doesn’t make sense to me. In any other realm, if a CEO is having a meeting, no one’s going to ask about the time they went to a kegger in college.”

But the questions weren’t the only thing that bothered her about the situation. Back when she and Chad were in the middle of their split, One Tree Hill producers handled the situation in a way Sophia really did not appreciate. “They ran like TV ads about it, it was really ugly,” she said. “They made practice of taking advantage of people’s personal lives, and not just for me and for my ex, for other actors on the show who would share as you do when you get close to people. Deeply personal things that were happening in their lives and they would wind up in storylines. It wasn’t okay.”

While she didn’t open up about what else ended up on the show, she did add, “It was opportunistic and ugly. When you run a show, you’re like a parent, you’re supposed to protect your flock, and it was the opposite of that. And I imagine that was hard for him as well, you know? It was a very ugly situation on their part. I think they kind of lived for the drama.”

Wow! We have so much respect for Sophia’s decision to open up about her divorce — and the aftermath — in this way.

Recall she and Chad got engaged in 2004 and married one year later, but announced their separation after only five months after tying the knot. At the time, the two were in the middle of filming One Tree Hill, which would continue to run until 2012.