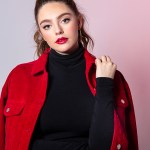 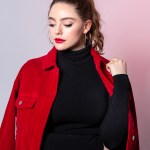 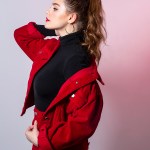 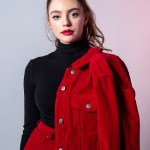 ‘Legacies’ is just getting started, everyone. Danielle Rose Russell talked to HollywoodLife EXCLUSIVELY about where Hope and Landon’s journey is headed, the ‘overall big bad,’ and that MAJOR Landon mystery!

Legacies is the latest addition to the TVD universe, and the show is really coming into its own. Danielle Rose Russell anchors the show as Hope Mikaelson, the daughter of Klaus and Hayley. She’s a powerful tri-brid — vampire, werewolf, and witch — but she still struggles just like any teenager. Those struggles encompass everything from the supernatural world to her school life to her love life. Speaking of potential romance, there’s Landon Kirby. Hope and Landon have one heck of a connection, but Hope is uncertain about whether or not to trust the mysterious boy who keeps finding his way into her life. HollywoodLife sat down EXCLUSIVELY with Danielle to talk about what’s ahead.

“In the next episode, you will really see where Hope and Landon are going to go. It is very charged. No matter what, I think they are both equally damaged and heartbroken in their own way, and they’re trying to be the best versions of themselves that they can be despite these limitations put on both of them, because no one really knows what Landon is. No one really completely understands what Hope is either, and so they understand each other in that way. But it’s really beautiful what happens with those characters. It’s my favorite dynamic on the show by far.”

Fans have already started shipping Landon and Hope — like me! “I love them together,” Danielle continued. “Aria [Shahghasemi] and I both really love them together. I’ve always described them as Romeo and Juliet. They’re both tragic, damaged, broken, and dark in their own way, but they bring light into each other’s lives in a really beautiful way. They go on a journey, and I think that’s with any amazing love story. I have a lot of faith that they could be an amazing love story.”

The next episodes ahead will introduce the “overall big bad” on the show. Legacies has had a new monster every week come to Mystic Falls to wreak havoc, and Danielle revealed that there is a reason why they’re gravitating to Mystic Falls. “Why these monsters exist and why they’re here and coming back makes a whole lot of sense now, and it begins to find its sophistication a bit more as opposed to random monsters coming to Mystic Falls,” Danielle teased. “The monsters begin to make sense more and actually become a little more individual to each character.”

One of the biggest questions so far on Legacies is: what is Landon Kirby? He’s not a vampire, werewolf, or witch, but he’s something. “It’s going to definitely become a bigger question. The next episode, I can reveal that Hope does supernatural tests on Landon to try and see what he is. Hope wants him to hopefully stay at the school. She just wants the best for him, and she wants to trust him, but she can’t let herself do that until she has answers. Her own personal interest in him definitely gets in her way, but you will find out what Landon Kirby is eventually. It’s really fun. It’s super cool.”

Alaric, along with Hope, is at the center of the series. Other TVD favorites like Matt Donovan and Jeremy Gilbert have popped up in the first few episodes of Legacies. The door is wide open for anyone in the TVD universe to return, but Danielle loves that Legacies is “creating an identity” of its own. “Anyone who wants to come back is welcome,” Danielle said. “That’s kind of [creator] Julie Plec’s policy. What I love so much about Legacies is that it really is breaking away from those shows while still living in the universe and creating an identity for itself, which is very important if our show is going to stand out against the other two. They were amazing in their own ways, and Legacies is really becoming an epic story in its own self. I think what’s nice about it is that there’s a little bit of mystery about where the Mikaelsons are, where the other Salvatores are. I’m sure that will eventually be explored or teased a little bit more, but as of right now, I think what’s really important for Legacies is to remain individual.” Legacies airs Thursdays at 9 p.m. on The CW.