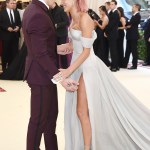 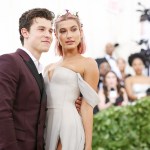 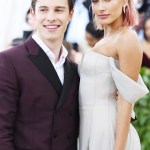 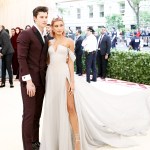 We knew it! After Shawn Mendes & Hailey Baldwin repeatedly denied being an item, Shawn has revealed that they once shared a romance after all. See the details here!

It’s been more than 6 months since Shawn Mendes, 20, and Hailey Baldwin stepped onto the 2018 Met Gala red carpet together, sparking romance rumors, and now, Shawn has finally addressed them. In a new interview with Rolling Stone, Shawn shockingly revealed that there was indeed something more between them. “I don’t even wanna put a title on it. I think it was more of a zone of limbo,” he says of their time together. The confession comes after the pair vehemently denied rumors of a romance, and claimed he and Hails were “really good friends.”

Of course, Hailey is now happily married to Justin Bieber, and even has changed her Instagram name to reflect her nuptials. It was just two months before her whirlwind engagement to The Biebs though, that she was kicking it with Shawn, who is well aware of the timeline. “I get it, you know,” he continued in the interview. “I texted Hailey, ‘Congratulations,’ and I really am happy for them. She’s still one of the fu**ing coolest people ever — she’s not just a beashawnutiful person visually, but she’s one of the most beautiful hearts I’ve ever met,” he added. However, Shawn also seemingly has some regrets about the situation. “I think I’m an idiot to not, you know. . . . But you can’t control your heart,” he also said in the interview, clearly holding back.

Perhaps, we knew these two were more than friends all along. Despite their claims, there was one photo of the two that raised some serious eyebrows. Shawn took his lady friend back to his native Canada for the holidays in December of 2017, and the two were snapped getting incredibly cozy during the trip. The telling snapshot showed Hailey tightly wrapping her arms around Shawn as they took a walk in his hometown. The embrace seemed to be a far cry from their “just friends” claims and it all makes sense after reading Shawn’s new interview!

We wonder what Hailey thinks of Shawn’s Rolling Stone chat, given that she has been adamant about their platonic friendship from the start. “We hang out and he’s super-lovely and a very, very nice young gentleman,” she once said of their relationship. “But I am single… The dating pool is small. It’s rare to find somebody that has the same ideas and morals as me. I have found people like that before, though, which is refreshing.”