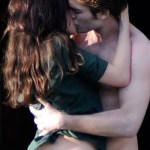 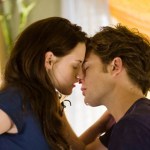 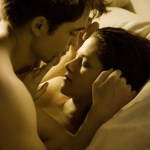 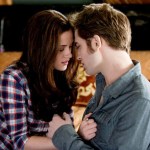 ‘Twilight’ is officially ten-years-old! To celebrate the momentous occasion we’re taking a look back at some of the hottest moments between Bella & Edward in the thrilling saga.

Twilight is officially a decade old! Nov. 21 marks 10 years since the highly successful movie franchise hit theaters across the U.S. and we swear it feels like yesterday! As we struggle through a huge bout of nostalgia, we’re taking a look back at some of our favorite moments between our favorite characters from all the films, Bella Swan, portrayed by Kristen Stewart, 28, and Edward Cullen, portrayed by Robert Pattinson, 32. From amazing passionate scenes of love to incredibly beautiful scenes of adventure, these two were truly impressive throughout.

When Edward reveals himself as a vampire in New Moon, the romantic makeout session he has with Bella is pretty steamy to say the least! What’s better than a sexy shirtless vampire hunk wanting to kiss in Italy? Not much! Their first makeout session was equally as hot after Edward told Bella he wanted to try “one thing”. That thing was definitely memorable! The first time Bella and Edward did the deed was also impressive. Who can forget Edward breaking the headboard and feathers from pillows flying everywhere?!

Edward’s proposal was also a heart-stopping moment. He pulls out a ring right after telling her he wants to wait to sleep together until they’re married. We couldn’t resist including the first prom slow dance, where they discuss turning into vampires and Edward kisses Bella’s neck. Edward reminded us of his hotness when he showed Bella his tree climbing skills as she visited his home for the first time and the opening meadow scene in Eclipse, where they can’t keep their hands off of each other is also one of our favorites.

Bella’s birthday moments, including when Edward wishes her a “Happy Birthday” and when he can’t stop kissing her at her birthday party are also high on our list. We couldn’t include the top steamiest moments without including Bella and Edward’s wedding! The way they lovingly gaze at each other is truly epic. Finally, Edward took our breath away when he saved Bella’s life after coming between her and a van in an icy parking lot. That moment of eye contact was truly something special.