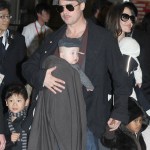 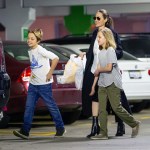 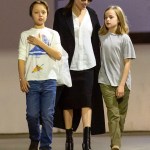 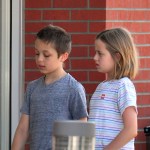 Get a load of that grin! Angelina Jolie clearly can’t get enough of her daughter, 10. The actress was all smiles outside of Vivienne’s karate class. Take a look!

Hi-ya! Vivienne Jolie-Pitt, 10, is taking karate classes and her mom is clearly getting a kick out of watching. Angelina Jolie, 43, couldn’t keep the smile off of her face as she looked in on her daughter’s Nov. 19 class in Los Angeles. She looked so proud of her little one, standing in the back of the dojo while holding a Starbucks cup and beaming. The mother of six was wearing a glittery silver wrap over a black outfit with sunglasses on top of her head, and her dark hair was pulled away from her face in a low bun. Could Angie be any more stunning?

It’s no secret that the actress is in the middle of a custody battle with her ex Brad Pitt, 54, but this isn’t the first time she’s been seen out with her little ones sporting a huge smile. Just one day before, she was seen taking her dog for a walk along with Vivienne, her twin brother Knox, 10, and Shiloh, 12. And even though Maddox, 17, Pax, 14, and Zahara, 13, weren’t there for that outing, she’s been taking all of her kids out as the custody battle rages on. And whether they’re taking a Labor Day hike, grabbing ice cream or going grocery shopping, Angelina always looks so happy to be with her brood. We love that they’re all sticking together through this tough time!

But as for her ex, he reportedly finds these family outings very upsetting. “Brad feels like Angie manipulates the kids, trots them out in public to make it look like she is an amazing mother in an attempt to win the divorce war in the court of public opinion,” a source close to the actor told Hollywoodlife.com EXCLUSIVELY. “While Brad continues to nurture his relationship with the kids privately, behind closed doors, he is bothered every time Angelina puts the kids on display in public, something Brad is working hard to avoid while the divorce war rages on. He thinks the kids’ privacy is most important during this time and it makes him sad that Angelina does not protect the children the same way.” 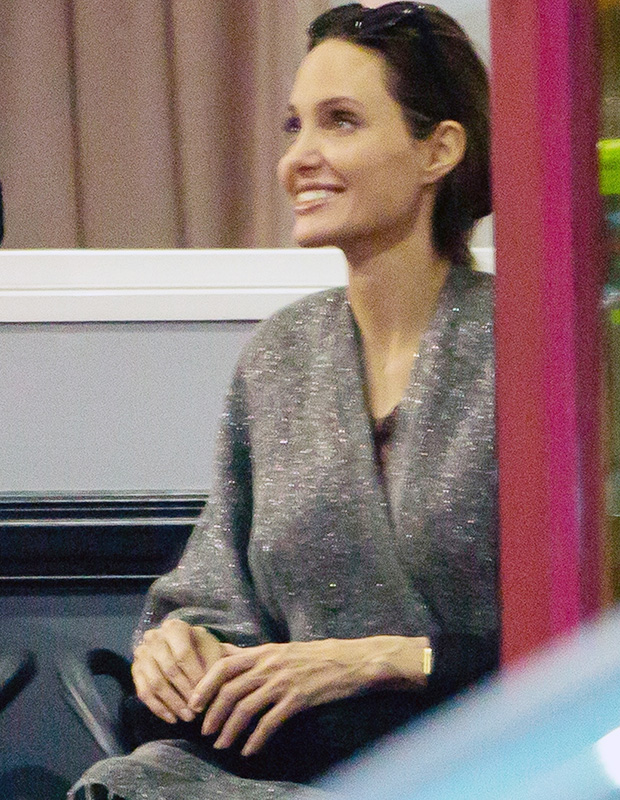 But there’s nothing wrong with taking a karate class. We hope Vivienne had as much fun learning self-defense in the dojo as her mom did watching!