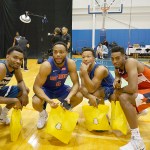 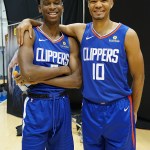 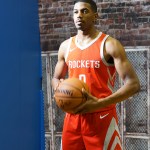 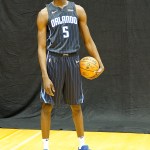 NBA legend Allan Houston launches FISLL, a cool, stylish and meaningful clothing line aimed to empower the youth and beyond! He explains why this NBA-inspired gear will better communities all over!

Allan Houston was a leader on the court for the New York Knicks from 1993-2005. Now, he’s a leader in igniting the potential in young people everywhere. The former NBA pro officially launched a line of new lifestyle apparel in partnership with FISLL, a social impact brand empowering youth and their communities. Not only are the clothes stylish, modern and comfortable — (Seriously, I own a few pieces and they’re amazing.) — But, more importantly, the line has a powerful meaning behind it.

Houston explains how FISLL is more than a clothing brand. It represents five fundamental keys for winning in life — Faith, Integrity, Sacrifice, Leadership and Legacy. “We take those five fundamentals of life to make the world better and the community better,” he tells HollywoodLife.com EXCLUSIVELY, while at the NBA Store in New York City at the official FISLL launch.

“The thing that makes it really work for us is that we’re speaking to the youth and the adult,” Houston says, explaining that the message goes beyond the youth. “Were speaking to the teacher, the parent, the coach, so these five fundamentals become the connector, the same way a coach may say, ‘here’s our strategy for this game.’ — Here’s your strategy for life. It resonates because these words have depth and meaning in life.”

Houston originally adopted the FISLL way of life after a “unique” experience with his own father. “My father was my basketball coach in college. I saw him coaching NBA players and then we started doing youth camps to build relationships between fathers and their children, because it’s such an important bond,” he says. “So, we asked, ‘What do we want them to take away from this experience [at the camp]?’ And then, these words just came into my mind and heart and I wrote them down. From that point on, it became a message that grew. Then, we had the chance to make this an actual tangible brand years later.” Houston reveals that FISLL will be doing life coaching, educational content and more.

Yandy Smith-Harris, a brand ambassador for FISLL was also on hand for the launch. She explains that the brand is extremely close to her heart for a number of reasons. Not only is FISLL an acronym she lives by personally, but, Yandy is now a basketball mother, herself. So, of course, she needed to make sure her 16-year-old daughter is decked out in the best athletic wear when she hits the court.

“I just adopted a 16-year-old and she loves everything from the collection. I am officially a basketball mom now!”, Yandy says with a huge smile. “In the midst of that transition in our home, I saw the cut-out pants and the shirts, and I said, ‘Oh, I can do basketball-wear now!’ It’s actually fashion forward.”

The social media influencer later expressed her excitement to be working with the brand, admitting that it was a “no brainer” to team up with FISLL. “Everything aligned the way it should be!”